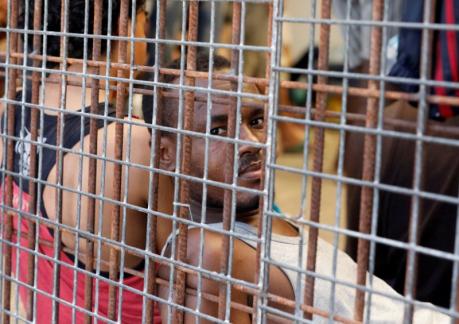 An armed alliance involved in a three-week battle over the Libyan migrant smuggling hub of Sabratha said it had taken control of the coastal city on Friday.

A group called the Operations Room and its allies have been fighting the Anas al-Dabbashi brigade, a major facilitator of migrant smuggling that recently said it had changed tack and struck a deal with the UN-backed government in Tripoli to stop boats from leaving for Italy.

The claim could not be independently verified and members of the Dabbashi were not immediately reachable.

It is unclear what the defeat of the Dabbashi brigade would mean for migrant flows from Libya.

Since a 2016 deal between the EU and Turkey to block crossings in the Aegean, Libya has been the gateway for the vast majority of migrants trying to reach Europe by boat, and the area around Sabratha has been the most common departure point.

From July, the number of crossings dropped sharply, a change attributed to increased activity by Libya’s EU-trained coastguard and to the Dabbashi brigade blocking departures in return for offers of an amnesty and jobs in the security forces.

The head of the Dabbashi brigade, Ahmed al-Dabbashi, said his men were then targeted by opponents who wanted to continue smuggling. Rivalries in Sabratha are also tied into overlapping political, ideological, tribal and economic differences.

Both the Dabbashi brigade and the Operations Room, which was created last year to force Islamic State militants from Sabratha, have links to the UN-backed Government of National Accord (GNA). Since 2015, the Dabbashi brigade has also guarded an oil and gas facility west of Sabratha run jointly by Libya’s National Oil Corporation (NOC) and Italian firm Eni.

The Libyan National Army (LNA), which has opposed the GNA and is headed by prominent commander Khalifa Haftar, has also claimed ties to the Operations Room, leading to fears that the clashes in Sabratha could lead to a broader escalation of the conflict which developed in Libya after a 2011 uprising.

The LNA is based in eastern Libya but is seeking to expand its reach in the west of the country. Milad al-Zawi, a spokesman for the LNA’s special forces, said this week that around 40 of its soldiers had been fighting in Sabratha.

“We hope that Sabratha is a good sign for the LNA,” he said on Friday.

The fighting in Sabratha has left dozens dead and injured and has caused extensive damage to residential areas. The city’s Roman ruins, which are a UNESCO world heritage site, have also been damaged.

Sabratha’s municipal council appealed on Friday for displaced families not to return to their homes until they had been checked for explosives. “The military engineering unit is working to defuse booby traps inside the city,” said Operations Room spokesman Graisia.

From the Egyptian shores to London: A tenacious zeal for life

Trial to open for suspected mastermind of Benghazi attacks