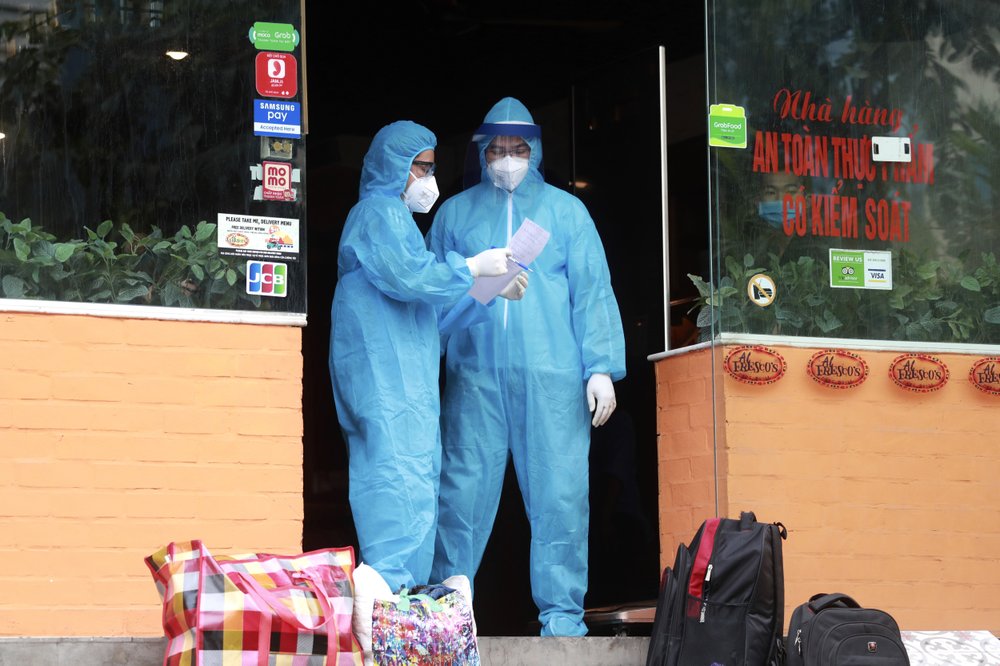 BEIJING (AP) — China reported more than 100 new cases of COVID-19 on Wednesday as the country continues to battle an outbreak in Xinjiang.

The 101 new cases was China’s highest daily increase in weeks. The northwestern region of Xinjiang accounted for 89, with another eight in the northeastern province of Liaoning and one in Beijing. Another three cases were brought from outside the country by returning Chinese citizens.

Outside of Xinjiang, the virus has been largely contained in mainland China with the death toll from COVID-19 remaining at 4,634 among 84,060 cases registered since the pandemic first emerged from the central city of Wuhan late last year.

Hospitals are treating 482 people for the disease, with another 274 in isolation while being monitored for showing signs of infection or for having tested positive for the virus without displaying symptoms.

Xinjiang’s outbreak has centered on the region’s capital and largest city of Urumqi, where authorities have isolated some communities, restricted public transport and ordered widespread testing.

In other developments around the Asia-Pacific region:

— Vietnam’s government said Wednesday it is stepping up measures against the coronavirus as the country’s first domestic outbreak in more than three months continues to spread. Starting from a hospital in the popular beach city of Da Nang, 30 cases have been confirmed over the past five days, including an additional eight on Wednesday. “The outbreak this time has a high risk of spreading to other big cities and provinces around Da Nang,” Prime Minister Nguyen Xuan Phuc said at the government’s daily COVID-19 meeting. State media also reported suspected cases in Hanoi and Ho Chi Minh City. Initial tests of at least three people who returned from Da Nang were positive for the coronavirus, but still need to be confirmed. In Hanoi, health officials on Wednesday disinfected the residence and work place of a suspected case, a man who recently returned from Da Nang after a family vacation. The alley leading to his house and the pizza restaurant where he works were cordoned off and his contacts were quarantined and tested for the virus. The government estimates that tens of thousands of domestic tourists cut short their vacations and left Da Nang after the report of the outbreak there.

— As Japan battles a surge in coronavirus cases, some areas may be running out of isolation facilities to monitor infected people. The health ministry reported 981 new cases Tuesday and three more deaths from COVID-19, raising the cumulative toll to 1,000 people. Most of the new cases were domestic, while 13 were found at airports from incoming flights, it said. Chief government spokesman Yoshihide Suga acknowledged some areas may be running out of room at places like hotels, where infected people can be housed and monitored away from other people and prevent the spread of the virus. The national government stood ready to help regional governments to make sure people can stay in such facilities, Suga said Wednesday.

— South Korea reported 48 additional cases, maintaining an uptick in new infections. The Korea Centers for Disease Control and Prevention said Wednesday the additional figures took the country’s total to 14,251 with 300 deaths. Fourteen of the new patients were locally infected while the rest 34 came from overseas. South Korea has been reporting roughly 20-60 new cases every day since it eased its strict social distancing rules in early May.

— Australia’s hard-hit Victoria state recorded its lowest daily tally of COVID-19 cases in nine days while the state premier expressed hope it was the start of a downward trend. Victoria reported 295 new cases and nine deaths, seven of which were in aged care homes that are bearing the brunt of the pandemic. Victoria Premier Daniel Andrews said “trends are not made in one day” but that he hoped the decline continued. The outbreak has been concentrated in Melbourne, Australia’s second-largest city, which is halfway through a six-week lockdown.

— New Zealand’s government says it will rush through new laws to allow some people to be charged for their border quarantine costs. New Zealand hasn’t had any community transmission of the virus for three months, and everybody who enters the country is required to spend two weeks isolated at a hotel. The cost to taxpayers has already amounted to hundreds of millions of dollars. Under the new law, adults who leave or enter the country for short holidays or business trips will be required to pay about $2,100 toward their quarantine costs. But there will be many exceptions to the new fees, and officials acknowledge it will affect less than 10 percent of travelers.

Image: Health workers share a note at a restaurant where a worker is suspected to have COVID-19 in Hanoi, Vietnam on Wednesday, July 29, 2020. Vietnam intensifies protective measures as the number of locally transmissions, starting at a hospital in the popular beach city of Da Nang, keeps increasing since the weekend. (AP Photo/Hau Dinh)

Long lines as Singaporeans in masks vote during pandemic