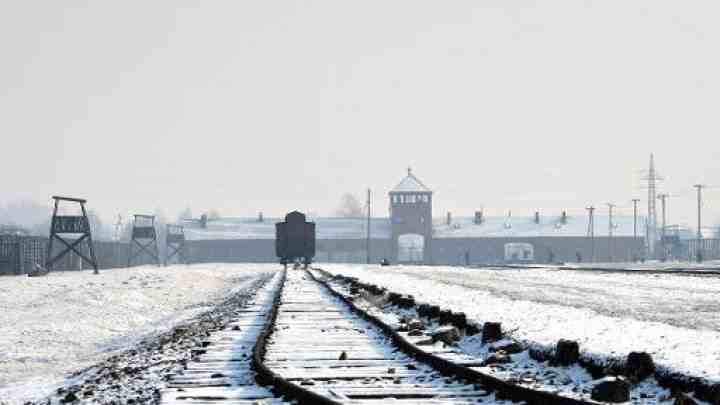 The Auschwitz concentration camp, one of the most haunting symbols of the horrors of Nazism, is today a firm fixture on the tourist trail.

Thousands of people, including many school children, visit each year to learn about the gas chambers that were part of the Nazi's "final solution".

But it has been a long road from the camp's liberation by the Soviet Red Army on January 27, 1945 to its integral place in history today.

Those 70 years have seen the world veer from stupor to misunderstanding and even denial as it struggled to come to grips with what unfolded in the heart of Europe: the systematic, industrial business of death aimed at wiping out an entire people.

This despite the fact that from the summer of 1942 "information about the massacres of the Jews in territory occupied by the German army was complete," said French historian Georges Bensoussan.

"Political elites knew, as well as the Allies and neutral nations."

Governments at the time have been accused of turning a blind eye to the Nazi death camps.

In October 1943 the "Black Book of Polish Jewry" was published in New York, outlining some of the first eyewitness accounts of what was happening in the concentration camps.

The names of first lady Eleanor Roosevelt, a US congressman and the mayor of New York all appear among the sponsors of the book, that gave clear details on the ghettos, massacres, deportations and gas chambers.

At the same time on the eastern front, Soviet war correspondents were gathering first-hand accounts by survivors of forced marches, beatings, starvation, and disease for another "Black Book", excerpts of which were published at the time.

"But we didn't have the intellectual tools to understand, for a long time we thought it was an aside to the war, another Nazi barbarism," said Bensoussan, who works at the Holocaust Memorial in Paris, one of the largest in the world dedicated to Jewish history during WWII.

The Nazis dismantled a number of camps such as Sobibor and Treblinka and destroyed records and dug up mass graves in a bid to hide their crimes.

"It took time, and the work of historians to bring to light the significance of the genocide, first and foremost in the mind of the Nazis," said Bensoussan.

Additionally, in the post war years "the subject wasn't of much interest."

The now-famous book "Destruction of the European Jews" was written by historian Raul Hilberg in 1957 but it took him four years to find an editor in the United States. The book was only published in France in 1998.

Literature played a key role in helping people get to grips with the evils of the Holocaust, with books written by camp survivors.

In Western Europe and the United States, the proliferation of genocide studies in the 1980s led to a wave of Holocaust denial "which is losing strength today" said Bensoussan.

He said in anti-Semitic circles or some Arab countries, the trend was no longer to deny the Holocaust but to minimise its impact "or accuse the Israelis of behaving like Nazis".

But the struggle over how to interpret the Holocaust was even more acute on the other side of the iron curtain in the Soviet Union.

In Poland, which suffered enormously under German occupation "to focus on the three million Jews killed was to overshadow" two million other civilians killed by the Nazis, said Bensoussan.

Warsaw is still extremely sensitive as to how Poland's wartime history is presented in the West.

While anti-Semitism was rife in Poland, and thousands of Jews perished at the hands of their neighbours during the war, many also risked their lives to save Jews.

Today the Holocaust has been absorbed into collective history and is taught in schools around the world.

Auschwitz-Birkenau has become the overwhelming symbol for genocide by gas chamber, overshadowing the Nazis' initial efforts to wipe out the Jews by starvation and firing squads.

But "memory needs to be tangible. There is a need for a place of remembrance," said Bensoussan.