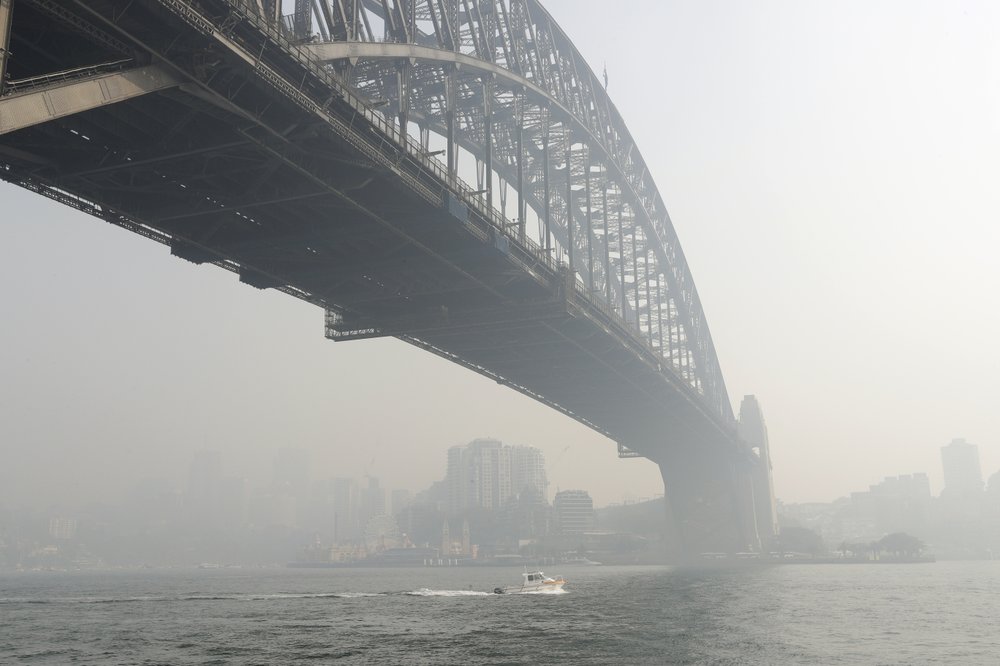 MELBOURNE/SYDNEY (Reuters) — The Australian state of New South Wales was gasping under the worst levels of air pollution ever recorded on Friday as smoke from widespread bushfires caused a spike in hospital visits and hazards including poor visibility for drivers.

Sydney, the country’s most populous city, was blanketed in a thick haze for the fourth consecutive day, pushing it into a rare and repeat appearance in the list of top ten cities with the worst air pollution in the world.

Even as a cooler change brought some relief for firefighters battling scores of blazes burning for days across four states, many of the 7.5 million residents of New South Wales switched from contemplating evacuation to avoid rapidly advancing wildfires to hiding indoors from the smoke.

“The streets are deserted as people try and avoid being outside as much as possible,” Barry Hollman, mayor of the town of Bourke, some 800 km (497.1 miles) northwest of Sydney, told Reuters.

Air pollution in Bourke was at 15 times higher than recommended safe levels as strong winds whipped up both bushfire smoke and dust that has accumulated following three years of drought across Australia.

“I went out to check on people and in some parts visibility is less than 100 meters,” Hollman said. “The dust and smoke is everywhere.”

The smoke haze brought particulate pollution, which can be absorbed into the bloodstream, creating what officials said were the highest levels of pollution recorded in New South Wales.

At some stages in recent days, the state capital of Sydney reached as high as No. 8 on the Air Visual global rankings of cities with the worst air pollution in the world, ahead of Jakarta and Shenzhen and only just behind Mumbai.

Bushfires have left at least four people dead and destroyed more than 400 homes since the start of November. Fires are still burning in New South Wales, Victoria, South Australia and Queensland states.

The crisis has put pressure on Prime Minister Scott Morrison as critics say the Australian leader has not done enough to address the impact of climate change, which meteorologists have said was extending the length of the fire weather season.

Bushfires are common in Australia but the fire season has begun much earlier than usual, with temperatures soaring above 40 degrees C (104°F) well ahead of the start of the southern summer and high winds hitting the drought-parched landscape.

Morrison on Friday again rejected any links between the fires and his conservative government’s policies, including support for the coal industry.

“The suggestion that Australia, by having some trade-off where we could have higher emissions reduction targets, which would destroy jobs in regional communities, if we did that, then we wouldn’t be having these fires. That is just not true,” Morrison told 3AW radio.

Morrison’s conservative government has committed to the Paris Agreement to reduce its emissions by 26-28% from 2005 levels by 2030. Critics point out that current projections suggest it will not meet that target and have called on the government to put in place policies to address the shortfall.

Image: Smoke haze hangs over the Sydney Harbour Bridge in Sydney, on Thursday, Nov. 21. The annual Australian fire season, which peaks during the Southern Hemisphere summer, has started early after an unusually warm and dry winter (AP Photo/Rick Rycroft)