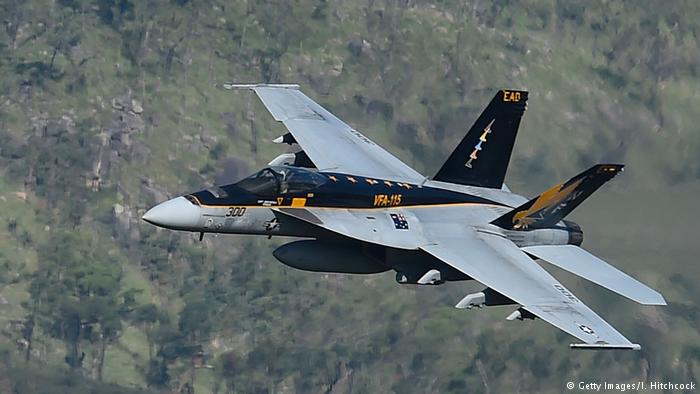 Six Australian Super Hornet aircraft have been deployed for the last three years over Iraq and Syria as part of the US-led, anti-“Islamic State” coalition. Australian special forces in the region are to remain.

Australian Defense Minister Marise Payne said on Friday that the decision had been taken after the Iraqi government declared victory over the “Islamic State” (IS) group earlier in December.

“Following discussions with Iraq and with members of the international coalition, the Australian government has determined that we will bring home our six Super Hornet strike aircraft from the Middle East,” she said. “It has been long. It has been arduous. It has been brutal. All of our personnel made an extraordinary contribution.”

Some 800 Australian military personnel have been involved in Operation OKRA, as the Australian Defence Force contribution to the anti-IS coalition has been called. Operating mostly in Iraq, the force included 300 Air Force personnel, 300 army trainers and several dozen special forces troops “advising and assisting” Iraqis.

“After more than three years of air operations, the number of coalition airstrike commissions has steadily dropped since the last major population center, Hawija, was captured in October,” Payne said.

Other operations — including training, advice and assistance for local forces — would go on, the minister said. Payne said Australia’s E-7A Wedgetail surveillance aircraft and KC-30A refueling aircraft would continue to support operations.

“Australia is committed to supporting the Iraqi security forces as it clears the remaining pockets of Daesh fighters in rural areas and ensuring the long-term stability of Iraq,” Payne said, using an alternative term for IS.

There are some 80 Australian personnel operating as part of the Special Operations Task Group in Iraq. They include Australian special forces.

Iraqi troops at the Taji military base have been trained by Australian soldiers.

Mosul is a graveyard: Final IS battle kills 9,000 civilians

Car rams into pedestrians in Melbourne, up to 19 injured