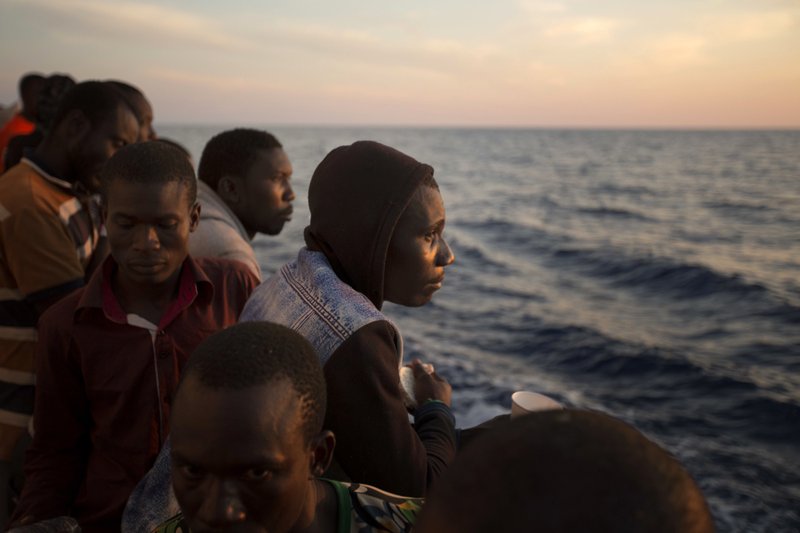 Under a deal backed by Italy, Libya’s struggling government in Tripoli has paid militias implicated in trafficking to now prevent migrants from crossing the Mediterranean to Europe, one reason for a dramatic drop in the traffic, militia and security officials told The Associated Press.

The policy has raised an outcry among some in the Libyan security forces and activists dealing with migrants, who warn that it enriches militias, enabling them to buy more weapons and become more powerful. In the country’s chaos, the militias can at any time go back to trafficking or turn against the government, they say.

The deal further cements the real power of militias, which since the fall of dictator Moammar Gadhafi in 2011 have undermined Libya’s successive governments, including the current one of Fayez Serraj, which is internationally recognized but weak.

European support for the deal would also be startling. The European Union has given tens of millions of euros to Serraj’s government to help it stop migrants. Mainly, the money is earmarked for beefing up Libya’s coast guard, reinforcing its southern border and improving conditions for migrants in detention centers. Funds can also be used to develop alternative employment for those involved in trafficking — though enlisting them against migrants would be a significant stretch of that mandate.

The past two months have seen an exponential drop in crossings, a welcome sign for EU leaders desperate to stem the flow of migrants. Arrivals in July were down by half from the previous year, while August so far has seen around 2,936 crossings compared to 21,294 in August 2016, an 86 percent drop. Rough summer seas and tougher Libyan coast guard patrols are believed to be in part the reason.

But the drop also appears to be in large part due to the deals struck with the two most powerful militias in the western Libyan city of Sabratha, the biggest launching point for the mainly African migrants making the dangerous voyage across the Mediterranean. The militias, one known as “Al-Ammu” and the other as Brigade 48, are headed by two brothers from the area’s large al-Dabashi family.

At least five security officials and activists based in Sabratha said the militiamen were known to be behind smuggling of migrants. One security official called the brothers the “kings of trafficking” in Sabratha. In its latest report in June, the United Nations Panel of Experts on Libya identified al-Ammu as main facilitators of human trafficking.

Bashir Ibrahim, the spokesman for al-Ammu militia, said that a month ago the two forces reached a “verbal” agreement with the Italian government and Serraj’s government to combat trafficking. He said the al-Ammu militia, made up around 400 to 500 fighters, is affiliated with Serraj’s Defense Ministry while Brigade 48 falls under the Interior Ministry. Efforts to confirm his account with the Serraj government were not immediately successful.

Since then, the militias have stopped migrant boats from leaving the shores around Sabratha and have told smugglers to end their work. In return, the militias receive equipment, boats and salaries, Ibrahim said. The al-Ammu militia, which is officially called the Brigade of the Martyr Anas al-Dabashi, has also been paid since 2015 to guard the Mellitah oil complex west of Sabratha, site of a joint project between Libya and the Italian oil company Eni, he said.

Ibrahim called the situation a “truce,” dependent on continued flow of support to the militia. “If the support to the brigade of al-Dabashi stops, it won’t have the capacity to continue to do this job and trafficking will be back,” he said.

On its Facebook page, the militia said on Aug. 19 that it had coordinated between the Italian Embassy and Sabratha’s hospital for the delivery of three shipments of medical aid from the Italian government. It said the first shipment had arrived at the hospital.

The role of Italy in the policy was unclear. The Italian foreign ministry denied Rome struck any deal and said “the Italian government doesn’t negotiate with traffickers.”

However, the official integration of the two militias into Serraj’s security forces would allow Italy to work directly with the forces since they would not be considered militias or traffickers but part of the recognized government.

Such integration is likely to be little more than a veneer. The hundreds of militias holding sway across Libya have foiled efforts to build a central government. Militias often operate under the umbrella of security forces but remain independent, keep their loyalties to their own commanders, have their own funds and weapons and sometimes flip sides.

The security officials and activists in Sabratha interviewed by the AP said Italy struck the deal directly with the militias and that Italian officials had met with militia leaders.

Several weeks ago Italians met with members of the al-Ammu militia in Sabratha and came to a deal to stop smugglers, said Abdel-Salam Helal Mohammed, a general director of the Interior Ministry force tasked with combatting smuggling, known as the Department of Combating Illegal Migration. “Now there is no trafficking for the past 10 days,” he said.

A senior security official and a police officer, both in Sabratha, also said Italy directly set up the arrangement with the militias. The security official said Italian intelligence and leaders from the militias met and struck a deal with no government representation involved. The two spoke on condition of anonymity because they were not authorized to talk to the media.

“Yesterday’s traffickers are today’s anti-trafficking force,” said the security official, warning that the militias will build up their weaponry with the aid. “When the honeymoon is over between them and the Italians, we will be facing a more dangerous situation.”

He said regular security forces were too underfunded to deal with smugglers. “We are too short in resources and arms to enter a long battle with them,” he said.

Two activists also reported the deal and said the militias had taken over Sabratha’s prison to house migrants and was setting up a runway at the hospital to receive Italian aid.

“What Italians are doing in Sabratha is very wrong … You are empowering the militias,” said one of the activists, Gamal al-Gharabili, head of the Association for Peace, Care and Relief, the main non-governmental organization dealing with migrants in Sabratha.

However, Essam Karrar, head of Civil Society Associations in Sabratha, praised the arrangement.

“This will stop the migrants and at the same time provide job opportunities to the people of Sabratha because many are part of the militia,” he said.

The migrant flow has long been a way for Libya to ensure aid from Europe. Until his ouster and death, Gadhafi struck deals with the Europeans for funding to crack down on trafficking.

At the same time, outsourcing enforcement on trafficking to Libya raises the danger of abuses of migrants: in past years, international agencies and rights groups have documented horrific treatment of migrants in detention in Libya, including torture, sexual abuse and outright enslavement.

With the militias clamping down around Sabratha, smugglers are simply moving further east along Libya’s coast, according to Mohammed of the anti-migration forces and two aid groups active in rescuing migrants, SOS Mediterranee and Spain’s Proactiva Open Arms.

UNHCR’s Sicily communications officer, Marco Rotunno, stressed that there are still hundreds of thousands of migrants in Libya desperate to get out.

Despite the drop in numbers for July and August, the overall 2017 arrivals to Italy are only 6.8 percent off the previous year: 98,145 so far this year compared to 105,357 for the same period last year.

“They’re just stuck there now and being abused,” Rotunno said. “If they don’t arrive today, they will eventually arrive unless they find another solution.”

Dozens of migrants run across border in Spanish enclave