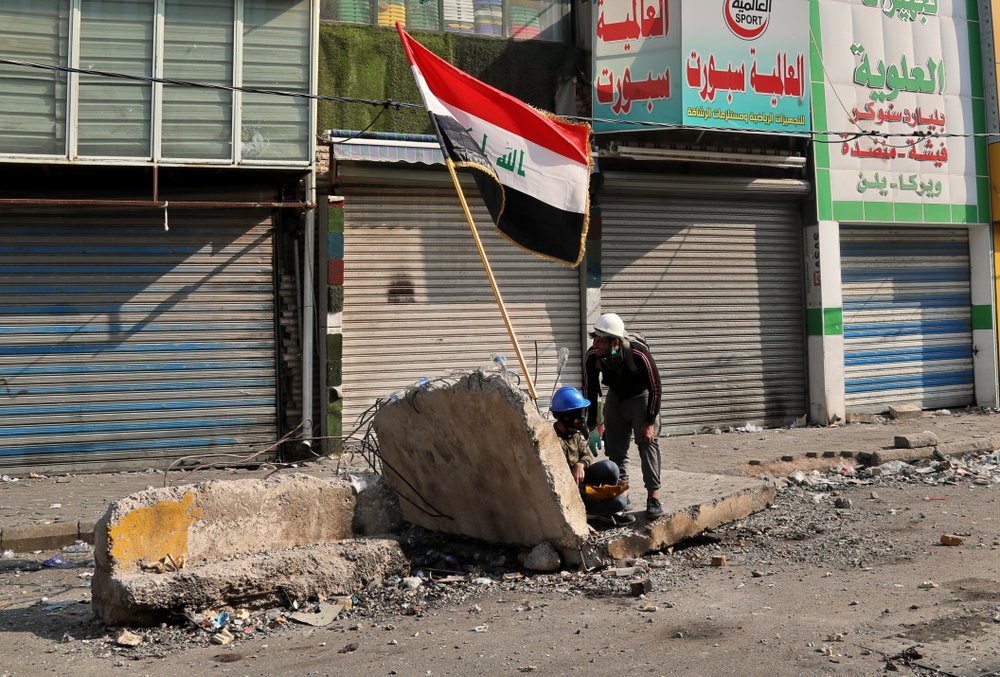 It was not immediately clear who has behind the bombings, which bore the hallmarks of the Islamic State group. Iraq declared victory over the extremists nearly two years ago, but they still maintain a presence in parts of the country and carry out sporadic attacks.

The most recent IS attack took place in the Shia holy city of Karbala in September, where the militants bombed a minibus, killing 12 people. The Sunni extremists view Shia as apostates deserving of death.

The officials, who spoke on condition of anonymity because they were not authorized to brief media, said two bomb-laden motorcycles and a roadside bomb were used in the attacks.

The bombings took place far from Baghdad’s Tahrir Square, the epicenter of weeks of anti-government protests that have posed the biggest security challenge to Iraq since the defeat of IS.

Security forces killed three protesters and wounded at least 80 on Tuesday as demonstrations raged in Baghdad and across mostly Shia southern Iraq. The protesters accuse the Shia-led government of being hopelessly corrupt and complain of poor public services and high unemployment.

Security and hospital officials confirmed the toll on condition of anonymity, in line with regulations.

Protesters in Baghdad, most of them balaclava-clad Iraqi youth, carried one of the slain demonstrators, his face covered in blood, away from the scene of the fighting. They sent him to the hospital aboard a tuk tuk, the three-wheeled motorcycles that have become a symbol of the protests.

Another protester died near the banks of the Tigris River, close to Ahrar bridge. Protesters are occupying part of three key bridges — Jumhuriya, Ahrar and Sinak — in a standoff with security forces.

In the southern city of Basra, a prominent supporter of the protests was assassinated in his car, a security official said. Sheikh Haidar Abdul Emir Maliki was found dead after gunmen shot him and fled the scene on two motorcycles. The officials spoke on condition of anonymity because he was not authorized to brief reporters.

Over 350 people have been killed and thousands have been wounded since Oct. 1. The demonstrations are the largest grassroots protest movement in Iraq’s modern history.

A senior Oil Ministry official said the protests had not disrupted production, but that plans have been made for workers unable to access oil fields.

Protesters also cut roads to the main Gulf commodities port in Umm Qasr. The port was operating at 50% as a result, a port official said. Both officials spoke on condition of anonymity in line with regulations.

Tuktuk, newspaper of Iraq's uprising, aspires to be vehicle for change