Although 29-year-old Khaled “Kay” Nassef only began his professional music career a few short years ago and, to date, has just a handful of songs available online, he has found a niche on the global stage.

“It’s all about signs,” says the musician and composer as he lights up a cigarette. “In retrospect, whenever I found myself at a crossroads, there was always some sign to point me in the direction of music.”

Last week, Nassef spoke to Egypt Independent about the influential “signs” that paved his musical journey and his debut, self-titled EP, “Things I Wrote,” which is set for release later this year.

I heard Nassef’s music for the first time at the 2012 annual Red Bull Music Academy Bass Camp in Beirut. Each year, four industry leaders mentor 30–40 gifted musicians, vocalists, DJs and producers from across the Middle East in a musical exchange for up-and-coming artists.

Nassef was one of three Egyptians chosen to participate in the musical exchange, which included homegrown talent MC Amin, known for his hard-knock, social-conscious rap, and Ousso Lotfy, arguably one of the best guitarists in Egypt and founder of the rock-fusion band Nagham Masry and Eftekasat jazz ensemble.

Nassef’s impressive vocal range was instantly clear during the camp’s many jam sessions. Later on, I discovered another of Nassef’s musical gifts — that of composition. Each of his songs evokes powerful imagery and tells a story that draws on the imaginations of listeners.

Nassef started his career in 2009 while living in Dubai. Working as an account manager at an advertising agency by day, Nassef moonlighted as the lead vocalist of a hard-rock band at night. In 2010, his firm shut down and Nassef found himself at a crossroads. He wanted to take a chance and pursue music, but at the same time, he knew the road might prove fruitless for many years.

Shortly after, he received one of the first serendipitous signs — the US music program he had thought about attending was beginning in two weeks. According to Nassef, 14 days was just enough time for him to get back to Cairo and convince his parents to let him travel overseas again. He also had enough cash thanks to his severance package to pay his way to Miami where he enrolled in the SAE Institute School for Electronic Music Production.

Before leaving Dubai, Nassef recorded his first single “Paralyzed,” which was written by electronic musician and event organizer Tamer Auf and composed by producer Karim Hassan from Egypt.

The soft, melancholic acoustic number sets the stage for Nassef’s penetrating and unguarded voice, whether or not it is your favorite style of music. The single garnered a lot of attention in the months following its release and won third place in the 17th Annual Billboard World Song Contest, which Nassef counts as another sign he was on the right path.

After completing the course, Nassef returned to Cairo in late 2011 and joined another advertising company to keep afloat financially. Soon after, the burgeoning artist fell into a rut because his work was unsatisfying and drove him further away from his dreams of becoming a professional musician, he says.

But even at his lowest, the signs kept coming. Knowing his talent, his advertising agency asked him to sing in a jingle for Pepsi Company, which was a revelation for the young artist.

“The thing about signs is, they really are everywhere — you just need to want to see them,” says Nassef. “That was the first time I realized I could combine my musical [talents] with my advertising experience.”

About a year later, Nassef decided to leave the corporate world for good and focus entirely on music. That is when, out of the blue, he received a call saying he had won second place in global electronic music competition ATB Remix.

Nassef received another big break last December as one of the only Egyptians invited to perform in the Convergence Festival at the Giza Pyramids.

Nassef said that if it were not for his digital presence on social media, many of these opportunities for collaboration might not have come his way. His advice for other young artists is dedicating themselves to self-promotion so they are more accessible to audiences and industry players, even though it can be a “painful process.”

Since 2012, Nassef has produced over 100 demos — yet to be released — as well as his EP’s single of the same name “Things I Wrote,” which was co-produced by Omar Refaat from Egyptian folk-rock band Digla. Shortly after, amateur American film directors Paul Labbe and Richard Hankin approached him to produce a music video for the song. The video was released last year and made a splash with critics and fans online.

But it is his debut album that encompasses Nassef’s true talents. Contrary to some of his older songs, the EP release combines the California chillwave genre with ambient sound to create a cross between British-indie sensation The xx and beachside lounge music.

In the song “Andain,” a slang term that means “a path along which something travels,” Nassef proves his mastery for evoking images and takes listeners on an atmospheric journey of muted vocals as well as moments of defeat, triumph and hope.

However, Nassef hasn’t left his advertising roots completely behind. The artist also writes music for commercials and films. His most recent work was a three-minute piece accompanying an Al Jazeera network news package on Islamic banking. The song's suspenseful and ominous overtones create a track that could easily find its way onto an album.

Although Nassef’s music may not cater to everyone’s tastes, his ability to tell a story through sound and his interchangeable use of live instruments mixed with electronic effects will no doubt help him grow as an artist in the years to come. 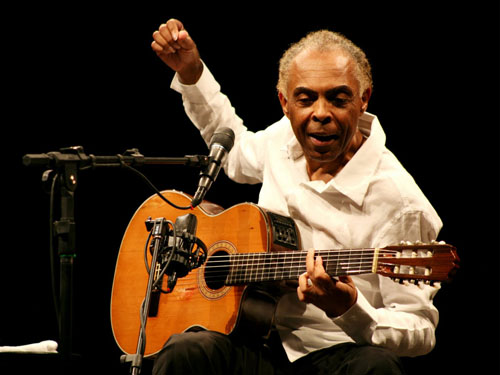 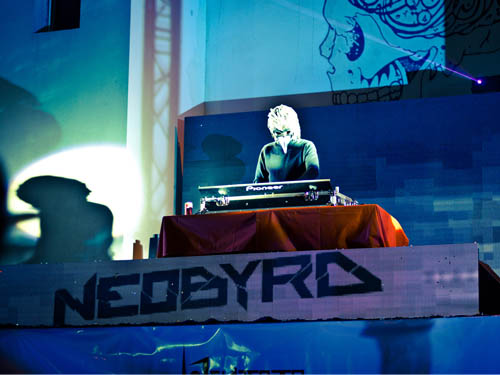