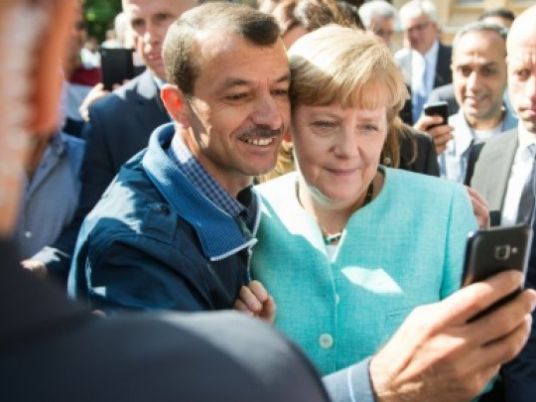 WEIDEN, Germany (Reuters) – Omar Alnifawi was 16 when he fled Syria’s civil war with his family. After four years working menial jobs in Lebanon to help pay for their journey on to Europe, he had given up on ever going back to school.

Six years later, Alnifawi is enrolled at the Europa Vocational School in the southern German state of Bavaria and plans to become a mechanic.

“My friends who live outside Bavaria and who are almost as old as I am ask me: ‘How come you can go back to school and we can’t?’,” he said in the town of Weiden, near the Czech border.

Politicians in Bavaria’s conservative ruling party, the Christian Social Union (CSU), are some of the harshest critics of Chancellor Angela Merkel’s open immigration policy. But they have also put in place one of Germany’s most accommodating education programs for immigrants allocated to the state.

Their view is if migrants are in Germany to stay, they need to go to school so they can work – a pragmatic strategy they hope will help fill job vacancies, integrate the newcomers and appeal to voters bleeding left and right in Sunday’s regional election.

Since the number of asylum seekers started to rise in 2011, Bavaria has raised the age for compulsory education for asylum seekers and refugees to 21, against 18 in the other 15 states. In some cases, like Alnifawi’s, educators can apply for an extension to keep migrants in school until the age of 25.

Most of the students are in vocational schools, with the option of moving to university-track high schools if they excel.

Bavaria has spent hundreds of millions of euros since 2015 to hire more than 2,000 teachers to teach German to some 58,500 refugee children. That compares to 1,500 positions set up by Germany’s biggest state, North Rhine-Westphalia (NRW), for language classes for 95,000 children.

This year Bavaria has allocated 938 million euros ($1.1 billion) for integration efforts, more than any other state.

It can afford to be generous. The state economy, home to nine blue-chip DAX-30 companies including carmaker BMW, engineering giant Siemens and sports retailer Adidas, grew 2.8 percent last year, outpacing the national rate of 2.2 percent and resulting in a 3-billion-euro budget surplus, the highest in Germany. North Rhine-Westphalia had a deficit.

Bavaria is also acting on the new national philosophy that migrants today should assume a German national identity, in sharp contrast to the 1950s and 60s when “guest workers” were welcomed on the expectation that they would eventually leave and not integrate.

“In other states, there is more pro-integration rhetoric and less action,” said Prof. Axel Pluennecke of the Cologne Institute for Economic Research (IW). “The opposite is true in Bavaria: the rhetoric might sometimes be negative but the amount of money and effort being thrown at integration is incomparable.”

The effort appears to be paying off. Migrants in the state, which has taken in some 230,000 asylum seekers, are less likely to fall into poverty and have higher employment rates than anywhere else in Germany, according to a bi-yearly report commissioned by the states to monitor integration.

Migrant pupils in Bavaria also score higher in national tests, according to the Education Monitor, a report on the state of education in Germany published by Pluennecke’s institute.

Asked if NRW plans to raise the mandatory age for refugees as Bavaria has done, an official at for the state’s education ministry who declined to be named said it was looking into additional measures for older refugees.

“NRW offers young refugees between the ages of 16 to 25 many education possibilities outside and inside the school system,” the official added, without giving details. He declined to be named.

Officials at the federal level say they are looking at Bavaria’s program as a possible blueprint for the nation.

“We are certainly looking at what is being done with migrants in Bavarian schools,” said a senior federal official who is familiar with the government’s thinking.

“Raising the mandatory vocational school age for migrants could certainly be one of our recommendations.”

It is essential that Germany get this right.

The drop-out rate among migrants is 14.2 percent, compared with a national average of just under six percent. Migrant youth without a school certificate will find it harder to get one of the estimated 1.2 million jobs that are currently vacant – the main concern of an immigration law agreed October 1.

“Most of the young migrants are eager to work. They piled up debt to come here or they have families to support back home,” said Thomas Liebig of the Organisation for Economic Co-operation and Development. “If they get a chance to do a small job, they will and it will be difficult to bring them back into the education system. So it’s important to intercept them early.”

But polls indicate the CSU, which has ruled Bavaria for almost six decades, will lose its absolute majority in the parliament on Oct. 14, giving ground to the ecologist Greens, on the left, and on the right, the anti-Islam Alternative for Germany (AfD).

Political analysts say that’s because CSU leader Horst Seehofer’s attempts to sound as anti-immigration as the AfD have backfired.

“Voters who have decided to vote AfD will do so because they don’t believe his anti-immigration rhetoric is genuine,” said Julia von Seiche-Nordenheim, chairwoman of the ‘Education instead of Deportation’ refugee charity in Regensburg.

“At the other end of the spectrum, people don’t see refugees as a threat… Those voters are going to the Greens,” she said. A longtime CSU voter, von Seiche-Nordenheim said she plans to vote for the Green party.

Another problem in other states is that language courses funded by the government are only open to accepted refugees and asylum seekers from five countries with protection approval rates of 50 percent or more: Syria, Iraq, Eritrea, Somalia and Iran.

This means that asylum seekers from other countries, who make up about 50 percent of all applicants, can only access those courses once their applications have been approved, which takes seven months on average.

In Bavaria, mandatory schooling applies to all asylum seekers, regardless of the status of their application.

“Bavaria has customized its vocational school system to meet the needs of refugees,” said Barbara Weiser, a lawyer and education expert with the Catholic charity Caritas.

About 55 percent of the 1.6 million people who have come to Germany seeking asylum over the last four years are under the age of 25. Many came from war zones and spent years with little or no schooling.

“Most of the pupils who came to us over the last three years were unaccompanied minors,” said Manfred Wichmann, head of the migrant education program at the Europa Vocational School. “Not only did they come without their parents, they had nothing to prove what education they had.”

The school created six classes this year in math, science and German language, history and culture for 110 migrants. The program ends with a test, which between 80 and 85 percent of pupils have been passing, Wichmann said. Those who fail can repeat.

Successful pupils move on to a program that combines up to 3-1/2 years of on-the-job learning alongside theory lessons at school. Students choose from dozens of professions, from baking and hairdressing to banking and electronics.

In one recent lesson, the teacher quizzed students about events in Bavaria’s history like the 1936 Winter Olympics and the 1939 attempt to assassinate Adolf Hitler in Munich, as well as contemporary issues such as the regional vote.

After the class, Alnifawi said he dreams of settling in Germany with a wife, children and a house in the countryside.

“But I know that without an education none of this is possible.”