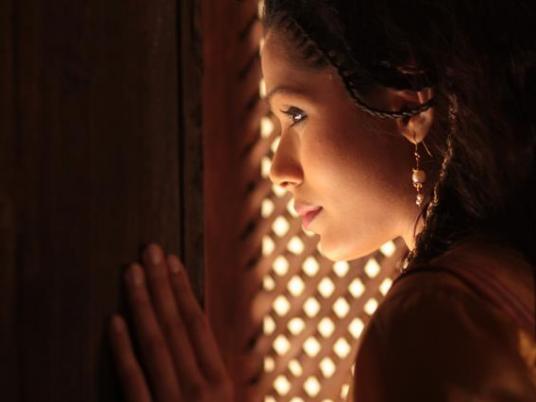 It’s sad to see all this Arab money spent on a superficial, cliche-packed and prejudiced production like “Black Gold.” Tunisian producer Tarek Ben Ammar and the Doha Film Institute spent US$50 million on the production, yet the film goes down a path trodden by many Western filmmakers in their attempts to depict the Arab region over the past 100 years.

“Black Gold” comes off more like an adventure film set in ancient times and exotic places rather than one that tackles the complex political and economic contexts its title suggests.

The film starts with the discovery of oil (“black gold”) in the Arab Peninsula back in the 1930s, a critical period that brought massive socioeconomic changes to the region’s countries. But the screenplay, written by Menno Meyjes and Jan Jaques Annaud, situates the events in a kind of fantastic land, the kingdoms of Hobeika and Salmaah — one that is strongly influenced by the highly popular “Arabian Nights,” which has shaped much of the West’s perception of the Arab World.

Hence, the film’s political and historical setting becomes a backdrop for lengthy action scenes of tribal battles, mercenary adventures and freeing of slaves, not to mention the overt emphasis on the backwardness of Eastern societies and Western supremacy.

The story, in a nutshell, is about the conflict between the two kingdoms over a bordering no-man’s-land called the Yellow Belt. As viewers, we have no idea where either of the kingdoms are at on the map, and the so-called Yellow Belt is confusingly referred to in the film as “Beit Allah” (The House of God), though it is obviously not Mecca.

The conflict is eventually resolved when the victorious Emir of Hobeika, Nesib, lays down terms of peace, whereby he takes Saleeh and Auda, the child princes of Salmaah, as hostage. As the boys grow into manhood, Auda falls in love with Nessib’s daughter, Laila, who watches him from the harem’s chamber and dreams of marrying him someday. Nesib decides to marry Laila to Auda to ensure his kingdom is not attacked while excavating for oil with the Americans.

Freida Pinto, starring as Laila, is the main female heroine in “Black Gold,” yet she does not cease to emphasize the stereotypical image of the lustful and repressed Eastern woman watching from behind the mashrabiya. On her wedding night, Laila is dressed in a costume typical of the 1950s Sinbad movie heroines, with a bare belly and projecting breasts.

But Laila isn’t the only over-simplified character in the film. The characters of “Black Gold” are mostly flat, with one single distinguishable trait. So we encounter “the faithful,” “the courageous,” “the dodgy,” and “the lustful,” but cannot relate to any of these simplistic and one-dimensional characters. Their actions and reactions seem forced to drive the storyline. And, like many English-language films whose events take place in non-English-speaking countries, we find the dialogue unconvincingly conducted in a mix of standard Arabic language, colloquial Egyptian dialect, and English, for no reason apart from the filmmakers’ attempt to make the film seem “authentic.”

What makes things worse is that “Black Gold” ignores the historical context of the period it tackles. Although the events happen over 13 years, at a time when WWII was reaching its peak, we don’t see any impact or references to the war in the storyline. The characters come off as overtaken by their own struggles and disconnected from the world and history. And then, suddenly — halfway through the film, amid the ongoing conflicts — we discover that the fight is not really over securing resources through the newly discovered oil wells. It’s rather ideological: Nesib is seeking the oil money to develop his kingdom and build schools, hospitals and electricity networks, whereas the Salafi Salmaah Kingdom, controlled by Wahabi sheikhs, rejects the oil excavations because they are conducted by “infidels,” and because they want their people not to be distracted from the afterlife by worldly affairs.

What seems remarkable to the onlooker is how “Black Gold” limits the conflict in the movie to an ideological clash between the “forces of enlightenment” and conservative religious groups that see oil as a mere remedy for camel scabies, a common theme in Orientalist cinema — the screenwriter is known for writing about non-European civilizations in works like “Indian Jones: Raiders of the Lost Ark.” “Black Gold” completely overlooks the role of Western countries in the conflict over oil resources, one that continues to this day. The film instead emphasizes the backwardness of Arabs dwellers in the Peninsula. They are at least a thousand years behind the West, as Emir Nesib stresses in a conversation with the American engineers who have come to excavate the oil in the Yellow Belt.

So it’s strange that this film, which tackles an “invented” conflict unessential to Arab-Western political history, is financed by Arab money, shot in Arab regions and celebrated like a major saga though it is rife with problems in the plot and fails to engage viewers due to the redundancy of its scenes.

Furthermore, the film does not cease to promote stereotypical images of Arab culture and Islam. It’s as if it is looking at the past through the limited and repeated perspective that has characterized Western cinema. The reality is much more complex, and the discovery of oil triggered an Arab-Western conflict, rather than Arab-Arab disputes as “Black Gold” suggests. This might have been casually mentioned in the dialogue, but was overtaken by the details of armed tribal conflicts and adventures in the “Arabian” deserts.