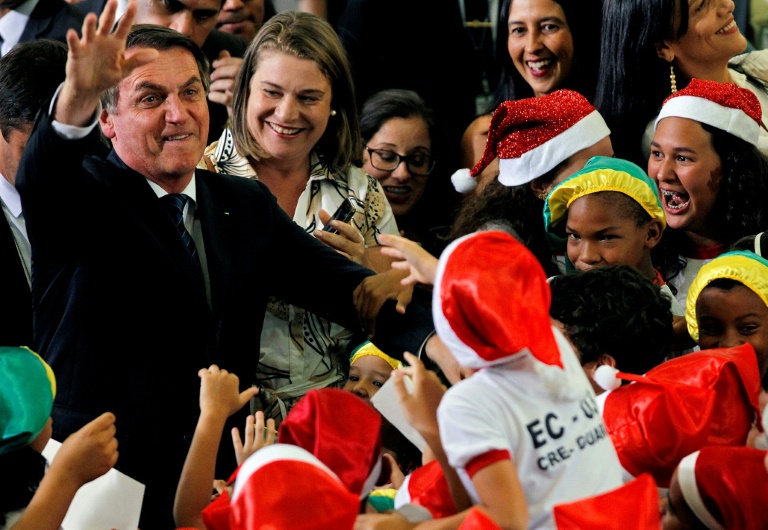 Brazilian leader Jair Bolsonaro was hospitalized Monday after an accident at his home in Brasilia, the latest health scare for the 64-year-old, his office said.

“President Jair Bolsonaro fell at the Alvorada Palace. He was treated by the medical team of the Presidency of the Republic and taken to the Armed Forces Hospital,” a presidential spokesman said in a statement published by the G1 news portal.

The Planalto Palace has yet to respond to AFP’s request for comment.

According to the statement, Bolsonaro was given a cranial CT scan, “which did not detect any changes.”

Institutional Security Minister Augusto Heleno arrived at the hospital shortly after the presidential convoy and told Globo television that Bolsonaro “is fine,” but must remain under observation.

The right-wing leader will remain at the hospital for observation for between six and 12 hours, the statement added.

Bolsonaro took office as Brazil’s president on January 1. He was seriously injured in a knife attack while campaigning for election last year.

His health has been a subject of concern ever since, and he has undergone several surgeries to treat the wounds he suffered in the stabbing, most recently in September.

Earlier this month, Bolsonaro said he had been examined for skin cancer.

Image: AFP / BETO BARATA Brazil’s President Jair Bolsonaro was seriously injured in a knife attack while campaigning for election last year and his health has been a subject of concern ever since

Brazil's Bolsonaro says 'worst is yet to come' on oil spill