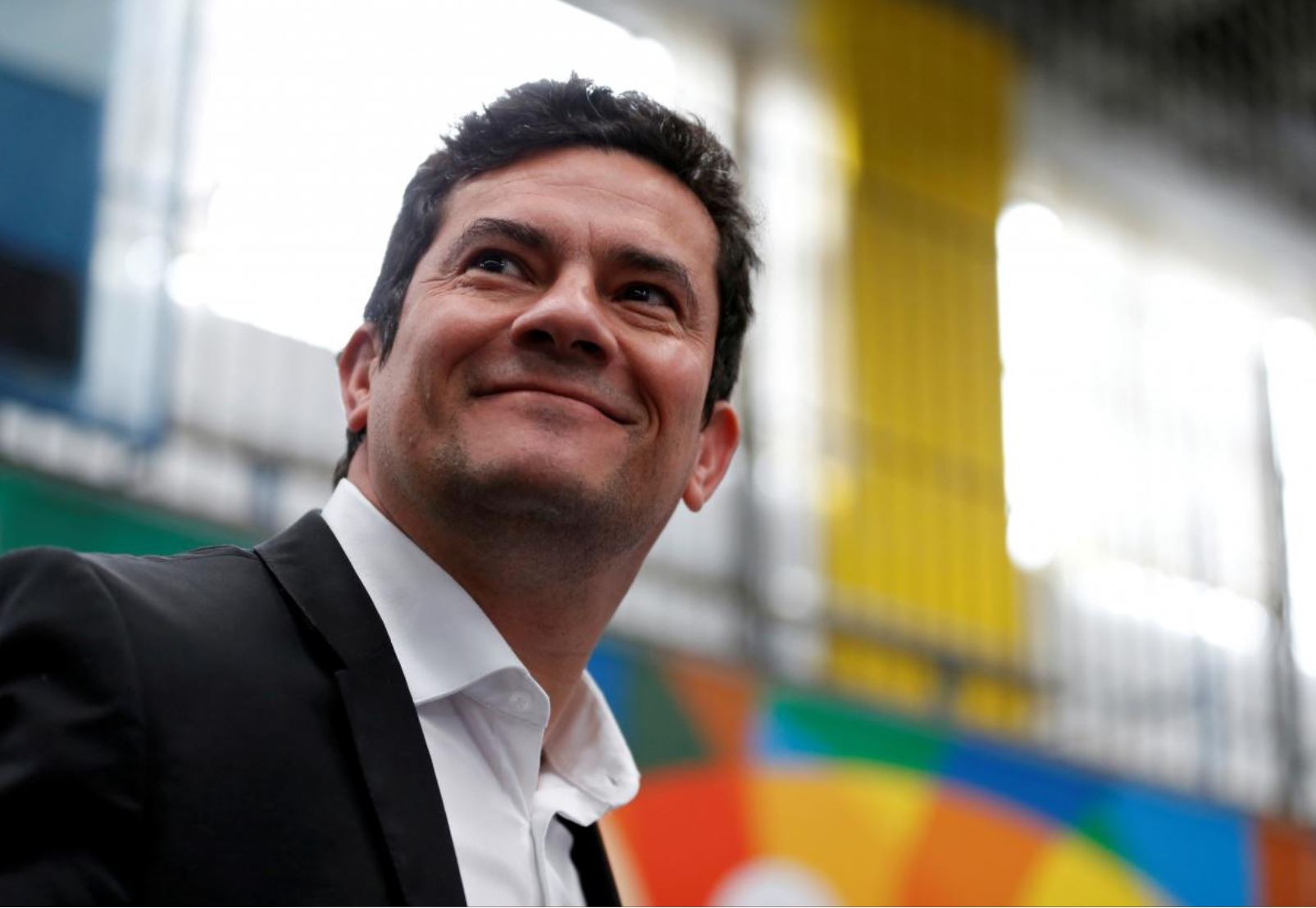 A telegenic 46-year-old who has previously denied any political ambitions, Moro flew to Bolsonaro’s beachside Rio de Janeiro home on Thursday, where the two met before announcing the decision.

“His anti-corruption and anti-organized crime agenda, as well as his respect for the laws and the constitution, will be our guide,” Bolsonaro tweeted.

The president-elect scored a clear political victory with the appointment of Moro, who gained cult following in Brazil after he locked up a string of politicians and businessmen.

But his appointment also gives ammunition to Bolsonaro’s opponents, who have long argued that the Car Wash probe was a politicized purge aimed at sidelining Lula and his leftist Workers Party (PT).

“Moro will be Bolsonaro’s minister after his decisive role in his election, by blocking Lula from running,” tweeted PT President Gleisi Hoffmann. “Fraud of the century!”

Moro’s decision to work with Bolsonaro brings risks. The president-elect has a history of making racist, misogynist and homophobic comments, as well as remarks dismissive of democratic institutions, although he has pledged repeatedly in recent days to respect the constitution.

“The opportunity to implement a strong anti-corruption and anti-organized crime agenda, with respect for the constitution, the law and rights, led me to take this decision,” Moro said in a statement. He added that he would hand over the reins of the Car Wash investigation to other judges.

As justice minister, Moro will have oversight of the federal police and federal public security, a crucial appointment for Bolsonaro, who has pledged to aggressively combat corruption and violent crime.

In a TV interview, Bolsonaro said Moro will have broad license to pick his own staff. Although public security is not one of Moro’s specialties, his reliance on good advisers will allow him to make the right decisions, Bolsonaro added.

In 2016, Moro said he would never enter politics, keeping the focus on his graft-fighting crusade in the courts. But the rise of Bolsonaro, a seven-term congressman who has cast himself as a political maverick untainted by graft allegations, appears to have changed the judge’s mind.

Some on Bolsonaro’s team would even like Moro to run for the presidency in 2022, according to a report by a Folha de S. Paulo columnist on the newspaper’s website on Thursday.

Moro, who was floated as a possible presidential candidate in the run-up to this year’s election, has seen his profile rise quickly as his name became synonymous with probes targeting a corrupt political establishment.

Early last year, Moro enjoyed the support of nearly two- thirds of Brazilians in opinion polls. That figure dropped sharply after he sentenced Lula, who is still remembered fondly for reducing inequality during his 2003-2011 presidency.

Bolsonaro is expected to announce a full cabinet this month, ahead of his Jan. 1 inauguration. At his first formal news conference on Thursday, he gave fresh details of his agenda.

He left the door open to reverse a proposal to merge the environmental and agricultural ministries after criticism from the current ministers and environmentalists.

Bolsonaro also said that a proposed deal between plane makers Boeing Co (BA.N) and Brazil’s Embraer (EMBR3.SA) that requires government approval is “going through,” without elaborating.

Asked about the debt-ridden state-run oil company Petroleo Brasileiro SA (PETR4.SA), he said the company, known as Petrobras, should seek partnerships because it was not in a position to afford new investments on its own.

“I praise my friend the incoming Brazilian president, Jair Bolsonaro, for his intention to move Brazil’s embassy to Jerusalem,” Netanyahu said in a statement.