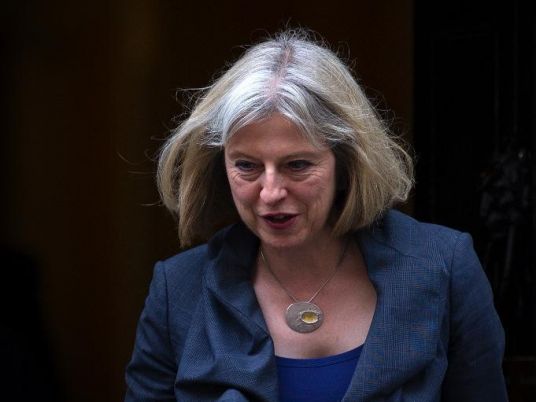 UK Prime Minister Theresa May, clinging on in Downing Street, will appeal for the support of her members of parliament (MPs) Monday, after losing the Conservatives a cherished government majority in last week’s election.

Many MPs are angry over what they see as an unnecessary vote that has cost several lawmakers their seats and are demanding she run a more open, collegiate government after her first months of a dictatorial regime.

With her government majority at zero, May has no control over Parliament a week away from the Queen’s Speech, when new laws are presented, and the scheduled start of Brexit talks.

Her only chance of an overall working majority is with the Democratic Unionist Party (DUP), a fringe political party in Northern Ireland, which is demanding a package of measures on finance in return for support in Parliament.

At one of its most important moments in its history, the country is rudderless and facing a constitutional crisis.
In throwing away her majority on an early election, May has lost control of the Conservative Party, Parliament, her policy manifesto and Brexit.

The Clock is Ticking

On June 19, the Queen, in traditional state coach and full regalia, will travel from Buckingham Palace to Parliament to unveil the new government’s legislative agenda.

On that same day, UK and EU officials in Brussels are due to start negotiations on Britain’s exit from Europe. May should be able to use these two set-piece events to shape the country’s future. Yet she no longer wields power over either.

It is even unclear whether May will be Prime Minister by this time next week.

The threat of a leadership challenge from inside her own party hangs over her head — a threat vividly underlined Sunday when her former colleague-turned-nemesis George Osborne labeled her a “dead woman walking.”

So Who is Really in Charge?

Over the weekend May, who appeared visibly shaken in TV interviews, used the one power that remains in her grip — a reshuffle of the Cabinet — to try to shore up her position and win allies.

But even in this her lack of authority prevented her from major moves or sackings. The most senior ministers stayed in post, while May was forced to bring back into the Cabinet one of her long-term political foes, Michael Gove, to appease an angry Conservative Party.

MPs and ministers also feel they were treated disdainfully by May’s two chiefs of staff, Fiona Hill and Nick Timothy, who resigned over the weekend as the PM tried to make concessions.

If the PM fails to give a convincing performance to the backbench Conservative MPs on Monday, known collectively as the 1922 committee, she could face a leadership challenge within days.

Michael Fallon, the Defense Secretary who, for now, remains loyal, served notice Sunday that the PM had to start being more consensual when he said: “We’re going to see more collective government. I and other colleagues have made that clear to her.”

An alliance, at what cost?

Talks between the government and the DUP are due to restart Tuesday after confusion over the weekend whether an outline deal had been reached, but the Northern Irish party is in the driving seat as they know they are May’s only option of forming a government.

There are fears among more liberal Conservative MPs that the socially conservative DUP will demand a scaling back of abortion and gay rights — but No. 10 sources have insisted these issues are not on the table.

If May had won a majority last Thursday, she would have been converting the policy agenda in the Conservative election manifesto into laws in the Queen’s Speech. That power is now lost.

As the legislative package is being drafted this week, May is reportedly ready to axe key manifesto policies such as grammar schools and her controversial plan to reform elderly care — the measure that marked the turning point in her election campaign.

Labor leader Jeremy Corbyn yesterday said his party would start drawing up its own policies for the Queen’s Speech, challenging legislation before it is even introduced, in a sign that every single vote in the new Parliament go down to the wire.
What to know about Jeremy Corbyn

Finally, and perhaps most crucially, May has lost control over Brexit — the very reason she called an election three years early. With talks in Brussels just seven days away, it is clear that the plan for a hard Brexit, in which the UK severs all ties with the EU, including free market membership, is now in doubt.

Ministers have urged May to put forward a more “pragmatic” vision for Brexit rather than “ideological”, one that it less virulently anti-EU. This certainly means a softer Brexit is now on the cards.

Ruth Davidson, the leader of the Conservative Party in Scotland who is credited with a surprise win of 13 seats for the party there, said yesterday that the PM needed to “look again” at Brexit. Davidson and the 13 Scottish Conservative MPs are travelling to Westminster Monday to underline their significance: without these seats May would have no chance of forming a government with anyone.

But pro-Brexit Tory MPs will not let go of a hard Brexit without a fight: they are furious at any moves to water down something they see as the will of the British people.

With May’s dwindling authority over her party, Parliament, her manifesto and Brexit, it is no wonder that last night she failed to confirm whether she planned to serve a full term in office, telling Sky News: “I said during the election campaign that if re-elected I would intend to serve a full term.

“But what I’m doing now is actually getting on with the immediate job.” The question is, for how long.