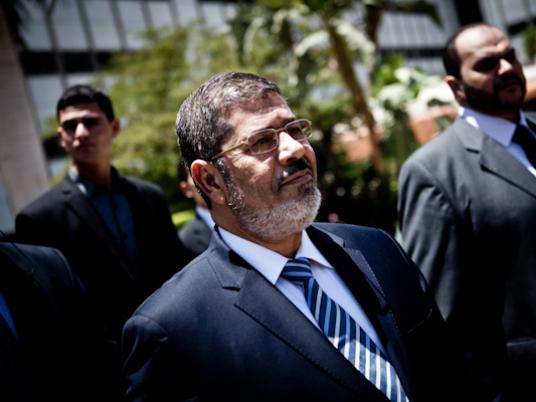 Experts on Islamist movements and democratization have long held that Islamist groups, if they are allowed to engage freely in the political system, tend to make significant ideological concessions, adopt democratic values, and act pragmatically.

Repeatedly referred to in these discussions is the example of the Turkish Islamist movement that culminated in the emergence of the Justice and Development Party. The party recognizes secularism, and this is taken as evidence to show that when Islamists are allowed to compete for power democratically, they find enough incentives to give up some dogma, reaching out to a wider base.

By the same token, these studies held that Arab authoritarianism was a major impediment to the moderation of Islamist groups. The lack of any prospect for rotation of power provides zero incentive to Arab Islamists to move towards the center of the political spectrum.

Then the Arab Spring came along, putting these theories and hypotheses to the test.

Looking back at the performance of Egypt’s Muslim Brotherhood in 2012, these arguments show themselves to be somewhat simplistic.

While in 2011, the group had drawn on a more secular discourse seeking to position itself among liberal and leftist democratic forces in the wake of Hosni Mubarak’s ouster, this year witnessed a major regression in this regard. In their pursuit to assert their dominance against the military and the secular elites, the Brotherhood drifted further to the right, drawing once again on an overtly religious vocabulary. This dualism has exposed the group’s failure to develop a consistent political discourse that could help them build a larger constituency that goes beyond their conventional conservative support base.

From positive to repulsive

Soon after Mubarak’s ouster, the group sent a multitude of assurances to non-Islamists, Christians and Egypt’s western allies. Despite their apparent under-the-table deals with the military — turning many revolutionaries against them — the Brotherhood’s discourse was in no way alarming as far as the relationship between religion and state was concerned.

In the first post-Mubarak poll, it was not the Brotherhood who primarily used religious propaganda to entice voters to back the military-sponsored constitutional amendments. It was the Salafis who employed religion in their campaigns, questioning the faith of the amendments’ detractors, and arguing that a “yes” vote was a vote for Islam.

Even later, in the run-up to the November 2011 legislative elections, the Brotherhood took everyone by surprise when they dropped their old controversial slogan “Islam is the Solution” for a more secular catchphrase “We Bear Good for Egypt.” The slogan attested to the group’s attempt to reach out to a wider audience on concrete rather than divine grounds.

Yet, the year 2012 witnessed a flagrant reversion in the group’s electoral discourse. The Brotherhood’s presidential campaign was a revealing milestone.

The Brotherhood rescinded their initial decision not to field a presidential candidate at the last minute, some suggest, after the generals’ reluctance to cede any power to the Islamist-dominated Parliament became clear. For them, winning the presidency was a life-or-death question. Amid threats that the Supreme Constitutional Court would dissolve Parliament, the presidency was seen as the group’s lifeline in their quest to cement control.

In this pressing situation, the group felt more comfortable reverting to their classic language of old.

After almost a year of preaching moderate politics and grooming themselves as the Egyptian equivalent of the Turkish Islamists, the Brotherhood leaned abruptly to the right. Once again, they employed old slogans and religious rhetoric, for example, declaring their presidential candidate Mohamed Morsy as the only Islamist nominee. His tours always featured Salafi cheerleaders who had tweaked the revolution’s famous slogan, “The people want to bring down the regime” into “The people want God’s Sharia to be implemented.” And the group’s old slogan “the Quran is our constitution” resurfaced.

At one of the campaign rallies, Supreme Guide Mohamed Badie compared Morsy to one of the prophet’s most venerated companions and the first rightly-guided caliph. “The Ummah swore allegiance to Abu Bakr, and by the same token the Ummah will swear allegiance to Morsy as president of Egypt, God willing,” he said in May.

Meanwhile, Salafi preacher Safwat Hegazy, who had shadowed Morsy at most of his rallies, told the crowd, “We believe that the dream of reviving the Islamic caliphate will be realized by Morsy, the Brotherhood and his party. Jerusalem will be the capital of this caliphate.”

Since then, each time that the movement has faced a crisis — one that perhaps threatens its very existence — the Brotherhood has adopted the same language. The reaction to the opposition stirred by Morsy’s constitutional declaration passed on 22 November provides proof of this.

To back their man, the Brotherhood resorted, yet again, to their comfort zone. They mobilized their followers on religious grounds, giving enthusiastic backing to a rally in defense of “Sharia and Legitimacy” that was held in Giza in early December.

Meanwhile, the Brotherhood’s influential leader Khairat al-Shater appeared on television alongside controversial Salafi sheikhs to offer the movement’s analysis of the sweeping protests against Morsy’s decree. He held that ongoing resistance was part of a larger conspiracy that targeted Islamists and was primarily fomented by Christians and the remnants of the old regime. It was the first time since Mubarak’s ouster that a well-established figure made a statement with such flagrant sectarian connotations and language, undermining the group’s past attempts to build bridges with the Christian minority.

In fact, there are solid reasons explaining why the opening of the political system in Egypt has, so far, failed in compelling or encouraging the Brotherhood to adopt a consistently moderate agenda.

Firstly, a democratic political system with an entrenched tradition of a rotation of power and protection of individual rights and liberties has not as yet been shaped.

Meanwhile, the Brotherhood and their Islamist partners are reaping the fruits of a procedural democracy that ensures all players free access to the ballot box, but gives the winner the absolute right to set the rules for the new order regardless of their democratic or autocratic inclinations. Hence, there is a great amount of leeway for undemocratic forces — whoever they may be — to abort the transition to fully democratic rule.

Secondly, the Brotherhood is faced with fierce far-right competitors in the form of a vast array of Salafi parties. After Mubarak’s ouster, these Salafi groups revisited their aloofness from politics, and engaged heavily in elections. In only a few months, they had established themselves as a force to be reckoned with, taking almost one quarter of the parliamentary seats in the 2011 poll.

The fear of appearing less religious than their new Salafi contenders restricts the Brotherhood’s ability to make ideological concessions or move towards the center of the political spectrum. The Brotherhood have chosen to appease the Salafis. The content of the Constitution is a case in point. In order to convince Salafis to sign off on a clause holding that “the principles” rather than the “rulings” of Islamic Sharia are the primary source of legislation, the Brotherhood included a more controversial article towards the end of the 236-article text widening the scope of the term "principles".

On the surface, this alignment with the far right could be deemed beneficial as it helps the Brotherhood make electoral gains. It qualified them for the second round of the presidential race and mobilized wide support for their Constitution. However, a deeper look may suggest that the radicalization of the Brotherhood political discourse may easily seal their fate.

The group’s investment in the secular-Islamist divide has sown the seeds of civil strife. The street violence that erupted over the course of the past month suggests that the Islamist-secular animosity may spiral out of control. However, any future turmoil can be blamed only on the power holders —Morsy and the Brotherhood.

The continuation of the current political disorder coupled with street clashes may gradually inflict irreparable damage to the Brotherhood’s legitimacy and credibility. Additionally, a tumultuous political scene will further delay economic recovery at a critical juncture, marked by brewing social disenchantment and the potential of an uprising. With the absence of economic growth, political closure is a risky path.

Meanwhile, the Brotherhood cannot live up to their ultraorthodox pledges, given their persistent efforts to appease western governments. The Brotherhood’s current alliance with groups that hold the US as the great Satan is practically hard to sustain at a moment when they are selling themselves to the West as a force that can maintain stability and peace with Israel. Sooner rather than later, the Brotherhood’s far-right allies may bring to the public debate suggestions for ultra-orthodox bills envisaging a stricter implementation of Islamic Sharia or a challenge to Egyptian-western relations.

Here comes the question: Do the Muslim Brotherhood still have a chance to rethink their contradictory stances, develop a more consistent centrist discourse that could help them reach out to a wider base that goes beyond their conventional semi-rural conservative base of followers? Or have they already missed all their chances?

The answer remains to be seen.