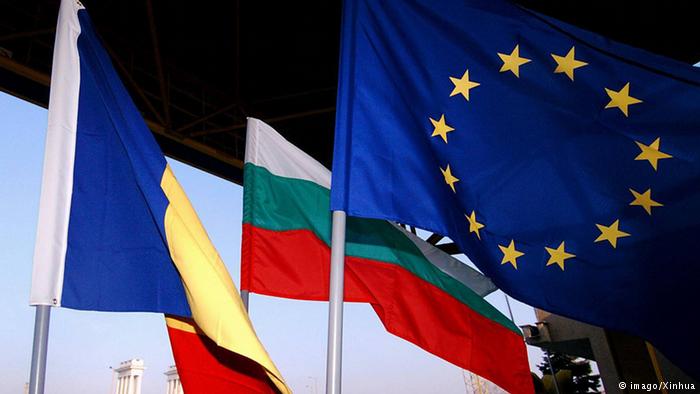 They style themselves as stable and safe countries at every opportunity, nevertheless, they have yet to be admitted to the Schengen Area. Romania and Bulgaria, it seems, will remain the European Union’s problem children.

Bulgaria’s foreign affairs minister, Ekaterina Zaharieva, has once again challenged the European Union over expanding the border-free Schengen Area. Not only did she call for the repeal of temporary border controls within the bloc in a recent interview with the German daily newspaper Die Welt, she also demanded that Bulgaria and Romania be admitted to the Schengen Area by the end of the year.

The diplomat’s proposal is backed by a certain amount of political heft, considering Bulgaria currently holds the European Council’s rotating presidency. Yet the initiative is anything but new. Bulgarian and Romanian politicians have been demanding membership in the Schengen Area with tenacious regularity since being invited to join it on January 1, 2007. Each time they have done so, the request has been denied on the basis of deficiencies in the areas of rule of law and fighting corruption.

Although the European Commission has said both countries fulfill the technical requirements put to them, a number of EU member states, above all France and Germany, have voiced reservations. And rightly so, say critics of a premature accession.

Controls to remain in place

One of the most prominent skeptics is Bavarian Interior Minister Joachim Herrmann. He said in a recent newspaper interview that it would be desirable for both countries to join the Schengen Area in the longterm but he stressed that the security of German citizens should not be put at risk to do so. He added that the threat emanating from Bulgaria and Romania with regard to “widespread corruption and the massive problem of organized crime” was simply too great. He also noted that it would be impossible to justify reintroducing border controls with Austria while at the same time dropping controls at the Bulgarian and Romanian frontiers before the protection of the EU external borderscould be guaranteed.

Ahead of Germany’s national election last September, Chancellor Angela Merkel spoke out in support of all EU member states becoming part of the Schengen Area. Merkel also called European Commission President Jean-Claude Juncker’s proposal to admit Bulgaria and Romania as soon as possible, a “reasonable approach.” Yet, in the same breath she called for extending controls along Germany’s borders into the future. Merkel justified the move by pointing to a lack of protection on Europe’s exterior borders. “Until the protection of the external border works as we envision it, it is absolutely right that there should be controls at critical points along EU interior borders,” Merkel said in a newspaper interview.

Meanwhile, EU Commission President Juncker has become more restrained in his accession calls, at least as far as Romania is concerned. Speaking recently in Brussels, Juncker said that Romania had made great strides in regard to the rule of law, yet he said the Commission could not accept other recent developments there. The reference was all too clear: The Social Democratic government in Bucharest is currently attempting to weaken judicial independence and water down anti-corruption efforts. Juncker was unmistakable in stating that if Romania failed to rework its proposed reform it would adversely affect EU discussions about accession to the Schengen Area.

Twenty-six countries are now part of the 1958 Schengen Agreement, which abolished passport and customs controls between the participating states. Twenty-two of the countries are EU members: The United Kingdom and Ireland, both of which opted out of joining, as well as Croatia, Cyprus, Bulgaria and Romania. Iceland, Lichtenstein, Norway and Switzerland are non-EU signatories to the Schengen Agreement. Although the agreement is based upon open borders between signatory counties, some border controls have been temporarily reinstated since the an increase in refugee arrivals beginning in 2015.

In light of heightened terrorism concerns, the European Commission has declared its intention to allow continued controls within the Schengen Area into the future. The current rule stipulates that a country can extend such border control policies every six months. The most recent extension will expire in May. Brussels has proposed allowing the controls to be extended for a time period of up to two years as a result of the current security situation. At the moment, a number of countries, such as Austria, France and Germany, are conducting border patrols. Most say they are doing so not because of an acute terror threat, but because of a lack of protection at the EU’s exterior borders.

Britain does not want to undermine the EU after Brexit: Davis

EU throws open door to Balkans with 2025 target for membership