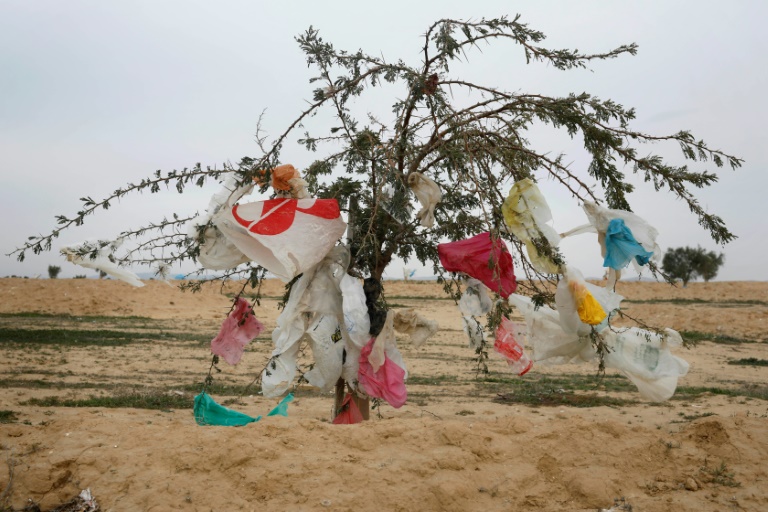 Western countries must increasingly deal with hard to dispose of plastics because China and many southeastern Asian countries no longer want them.

Incinerators or landfills are two quick fixes since Beijing shut the door in January 2018 to some foreign refuse, but specialists say longer term solutions should involve better recycling or better yet, less junk to start with.

So far, the global recycling network has not managed to adapt as countries in Asia have given up trying to replace China.

“The problem is that the quantities involved are huge,” Arnaud Brunet, head of the Brussels-based Bureau of International Recycling (BIR) told AFP, and potential substitutes for China were overwhelmed.

They also became dumping grounds for illegal imports, in particular of material that is either hard to recycle or not recyclable at all, Brunet said.

“Some countries will unfortunately become the world’s new rubbish heaps, the poorest nations will take in refuse in exchange for payment, but will suffer environmental and social costs,” noted Vincent Aurez, a circular economy specialist at the EY consulting group.

European countries recycle some plastics such as transparent bottles made from polyethylene terephthalate or PET, but ship abroad plastics that are either “of poor quality and value” or not recyclable, a recent report by the non-governmental group Global Alliance for Incinerator Alternatives (GAIA) noted.

Malaysia authorises the import of clean, homogenous plastic but has warned it will ship back hundreds of tonnes of contaminated plastics to countries around the world.

“The actions taken by the Malaysian government highlight the importance of responsible recycling, the use of specifications, and managing downstream processes,” explained Adina Renee Adler of the Institute of Scrap Recycling Industries (ISRI), which represents US companies active in the sector.

Thailand has also restricted plastic imports, and they have been redirected towards countries with lighter standards such as Indonesia and Turkey according to the GAIA report.

Western countries have few ready solutions for the problem of plastic that is too costly to recycle themselves.

They lack local users of such recycled materials that the Chinese often turned into new manufactured goods.

Faced with growing mounds of rubbish, Western countries don’t have much choice right now other than to burn it or bury it.

Brunet said they must “invest in research and development (R&D) of more detailed and efficient sorting systems” capable of churning out useful raw materials.

In the meantime, “manufacturers must make an effort to produce more items with an eye towards recycling,” he added, which could be hard given that the plastics sector is doing well despite criticism and constraints.

In around a decade, global plastic production has expanded from 245 million tonnes to 359 million in 2018 according to the latest data by the European federation PlasticsEurope.

Recycling rates vary, from 31 percent in Europe to 10 percent in the United States for example, and while R&D might raise the rates, environmentalists say consumption has to change as well.

“Even if we manage to find new uses, some materials will still be a problem, so we need to to stop producing and using them,” argues Laura Chatel, of the environmental group Zero Waste France.

That goes especially for plastic wrap film and composite materials, the group says.

“We must work above all on reducing packaging, which implies distributing goods differently,” such as in bulk, she told AFP.

Image: AFP / MENAHEM KAHANA Western countries recycle lots of plastic bottles but other forms of plastic are harder to deal with