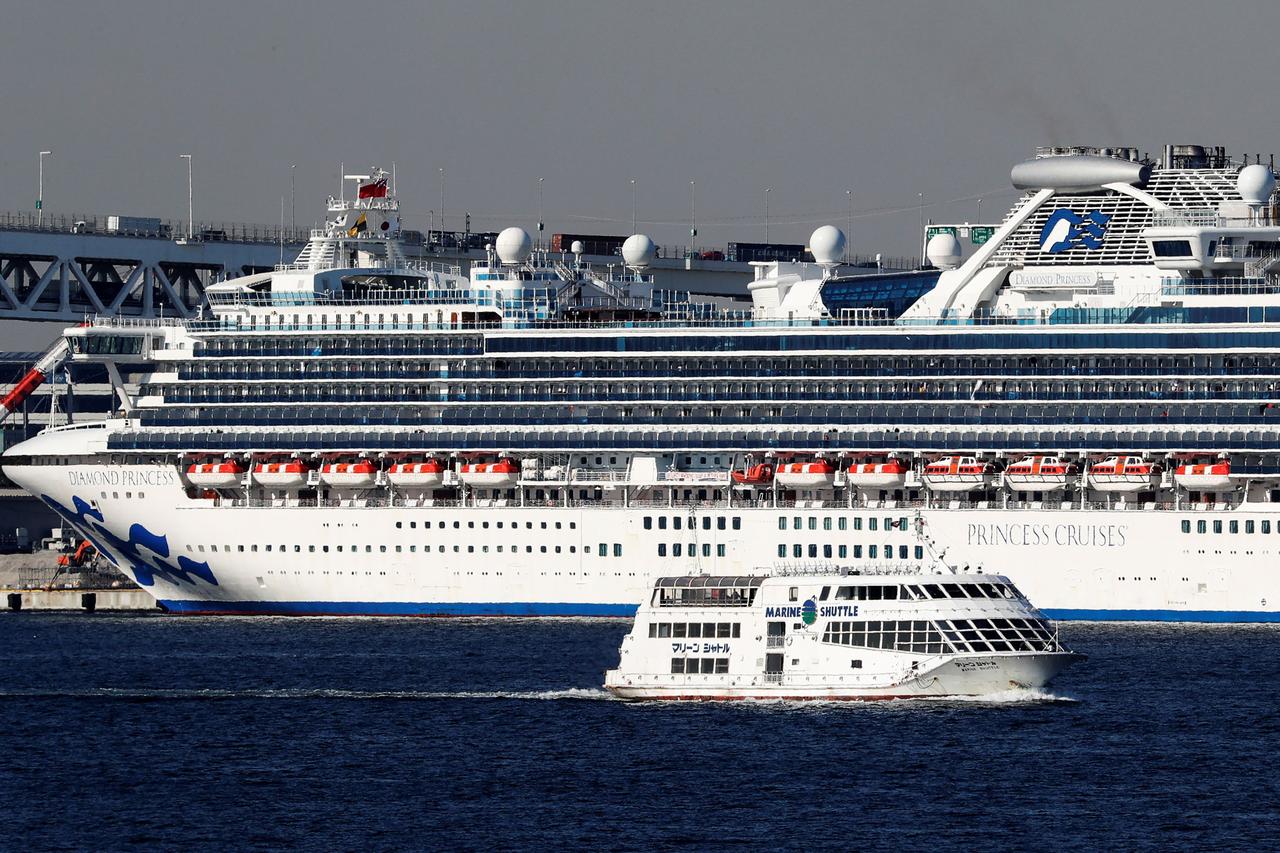 TOKYO (Reuters) – Some cruise ship passengers savored lavish meals; others watched movies or pored over Oscar ballots, held rapt by the live Academy Awards broadcast. The lucky few whose turn it was to get fresh air paced the decks, reveling in a glimpse of blue sky.

Nearly a week into quarantine on the Diamond Princess on Monday, boredom warred with anxiety as the hours ticked by and 60 more people tested positive for coronavirus, bringing the total cases on the ship to 130.

Japanese health authorities have said the quarantine will stretch to Feb. 19 unless something unexpected happens, meaning deliverance is still more than a week away for the nearly 3,700 crew and passengers aboard, ranging in age from children to octogenarians.

Many appear to be trying to put a bright face on things, flooding social media with photos of food, a young boy and his father snuggling in bed, and shipboard TV broadcasts of a magician – also under quarantine – performing tricks with red silk scarves.

“Princess stepping up its game with food service,” wrote passenger Matthew Smith under a photo of plates of food – including what appeared to be heaps of smoked salmon and several large pieces of chocolate cake. “You might have to drag me off the ship when the quarantine ends.”

Others watched the Academy Awards, which were broadcast live on Monday morning. Informal ballots were distributed to passengers beforehand, which one person hailed as “Important Mail Delivery!!!”

Another, Aun Na Tan, watched the show on her room’s TV, saying it had been many years since she had watched the ceremony live.

“Normally it was on during our work time, but now we have plenty of time!” she said.

A 43-year-old Hong Kong resident quarantined with his wife, child and several other family members did the same. He declined to give his name.

“We were rooting for ‘Parasite,’” he told Reuters, referring to the South Korean film that took Best Picture and other awards. “We are doing origami; the ship is making instructional videos. We are doing some exercise.”

Small groups of passengers are allowed out on deck every other day – with priority given to those whose rooms don’t have windows – but must wear masks and stay well away from other people.

“We’re out in the bay, docked, so it’s kind of nice,” passenger Adam Waltz said, in a video showing him and a companion walking briskly under Monday’s blue sky, sun flashing off the ocean. “Another 10 minutes. We have a day off, then we’ll walk again.”

But others were less sanguine. One passenger, with the Twitter name Da, said they’d talked to younger passengers worried about financial repercussions, such as losing jobs, due to the enforced time off.

Later on Monday, as the number of cases shot up, more confessed to unease.

“There’s going to be a shipboard announcement, but I can see ambulances and trucks lining up,” Da wrote. “Now we’re just waiting for more news from the Health Ministry.”

Image: A sightseeing boat moves past the cruise ship Diamond Princess, where dozens of passengers were tested positive for coronavirus, at the Daikoku Pier Cruise Terminal in Yokohama, south of Tokyo, Japan February 10, 2020. REUTERS/Kim Kyung-Hoon