Facebook Twitter LinkedIn
Egypt’s Cabinet decided Wednesday to take the necessary measures to resume the premier football league after ending the 40-day mourning moratorium, following a Cairo stadium rampage that left dozens dead.
Once again, the games will be resumed without spectators, the Cabinet decided in a meeting chaired by Prime Minister Ibrahim Mehleb, reversing an earlier decision to allow a limited number of fans at the games. The government tasked the ministries of interior and youth, as well as the Egyptian Football Association with studying the procedures needed for resuming the league.
At least 22 of Zamalek Sports Club fans were killed outside the Air Defense Stadium on 8 February while their team was preparing for a game with the ENPPI team.
While the Interior Ministry blamed the deaths on a stampede when several fans attempted to enter the stadium without being searched by security, Ultras White Knights, Zamalek’s organized fan group accused the police of indiscriminately firing tear gas at the crowds, suffocating the victims.
Egypt’s local football league, halted during the revolutions of 2011 and 2013, has seen several incidents of violence between fans and security, which prompted authorities to deny spectators entry to stadiums.
The worst catastrophe occurred in February 2012 when 72 fans of Al-Ahly Sports Club were killed by angry rivals at Port Said Stadium during the team’s premier league encounter with its host, Al-Masry.
Edited translation from Al-Masry Al-Youm
Tags
Football football league premier league soccer Stadium Ultras White Knights Zamalek Sporting Club 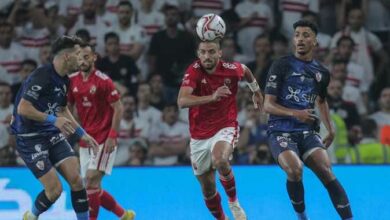