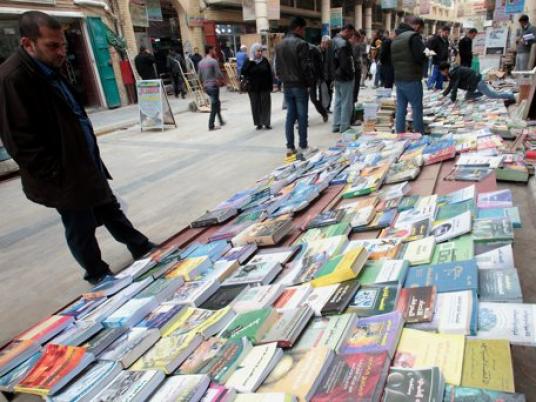 Ahmed Megahed, head of the General Egyptian Book Organization, announced on Tuesday the winners of the 44th Cairo International Book Fair prizes. The awards recognize the best 10 books published in 2012 in the fields of politics, fiction (collection of short stories and novels), poetry, arts, humanities, science, heritage and children’s literature.

The best political book prize went to “The Secret of the Temple,” by Muslim Brotherhood dissident Tharwat al-Kharabawy and published by Nahdet Misr. The book which presents a controversial account of the Brotherhood’s history and internal politics was published in the fall, and has since gone into its 11th print.

“Al-Lazi Yoraby fi Baytih Hagar” (He Who Raises a Stone in His House) published by Kotob Khan and written by Taher al-Sharkawy received the best novel prize. Mohamed Ibrahim Taha’s “Imraa Asfal al-Shorfa” (A Woman Below the Balcony), which is published by the General Egyptian Book Organization, was named best short story collection.

Each awardee receives an LE 10,000 monetary prize. An LE 20,000 prize is also given to the best publisher, which went to the Iqraa Publishing House.

The Cairo International Book Fair has been extended until 9 February.