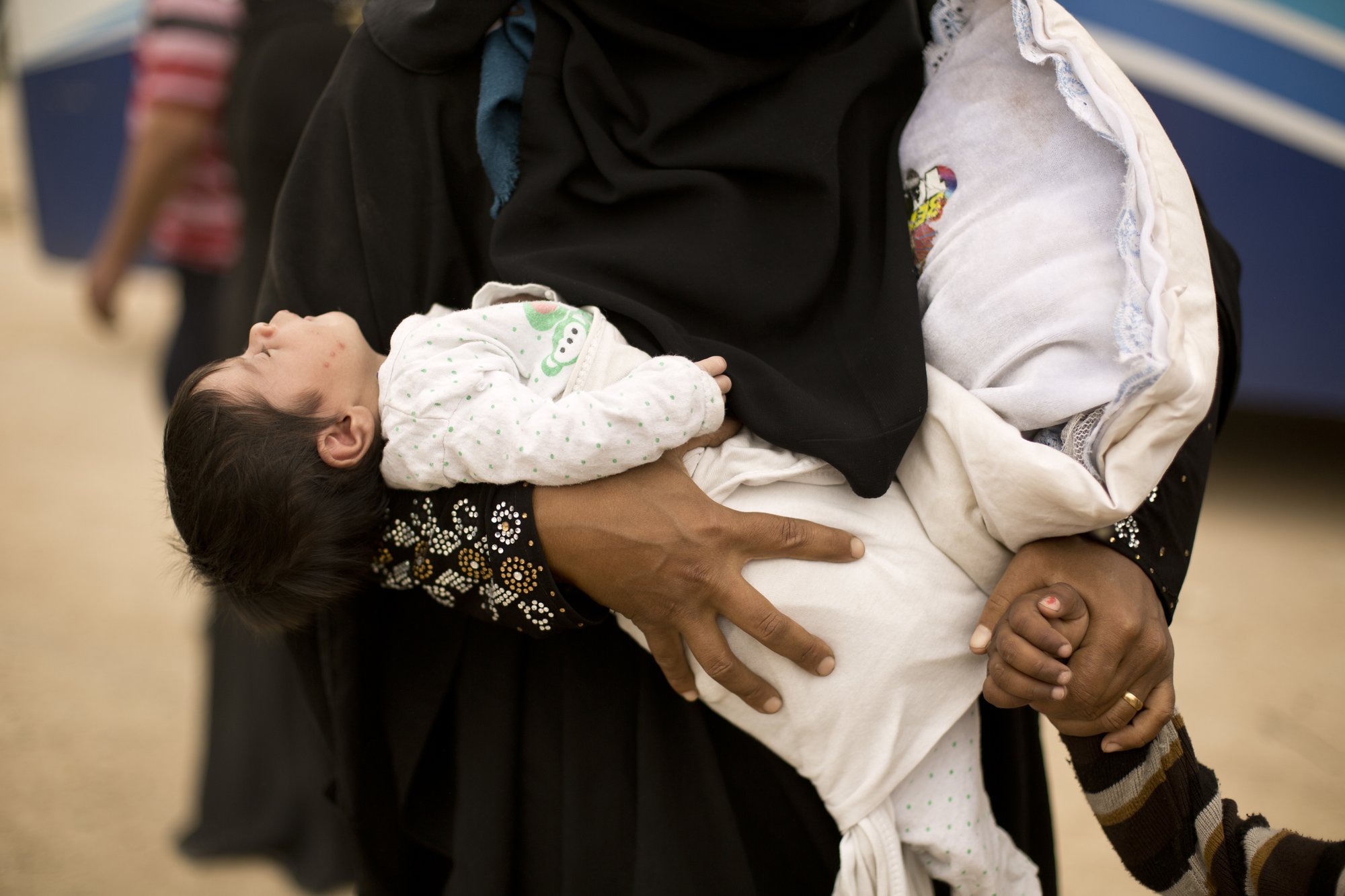 COPENHAGEN, Denmark (AP) — An estimated 45,000 children in Iraq who were born under the rule of the Islamic State group are being excluded from society because the government denies them documentation and ID papers, an international charity said Tuesday.

Jan Egeland, the Norwegian Refugee Council’s secretary general, is warning that these children — most of whom are in camps for the displaced today — are a “possible human time-bomb.”

“Undocumented children risk remaining left on the margins of society if this issue is not addressed immediately. This seriously undermines future prospects of reconciliation efforts,” said Egeland.

“We urge the government to ensure that undocumented children have the right to exist like any other Iraqi citizen,” he added, citing the organization’s 38-page report “Barriers from Birth.”

The children were born during IS’s 2013-2017 rule, when the militant group controlled nearly a third of Iraq. The Iraqi government today considers their birth certificates invalid because they were issued by IS.

After U.S.-backed forces defeated the IS and the militants lost their self-styled “caliphate,” many IS families and those of civilians who lived under the group’s rule were put in camps for the displaced.

The Norway-based group said its legal teams receive on average 170 requests for help each month in cases of unregistered children, children whose fathers are undocumented, are on one of the government’s security databases or are perceived to be affiliated with IS.

Egeland said the chance of obtaining ID documents for children from families accused of IS affiliation is nearly impossible, resulting in collective punishment of thousands of innocent children.

“Children are not responsible for crimes committed by their relatives, yet many are denied their basic rights as Iraqi citizens,” he said.

Without ID papers, these children have no access to education or health care, they are not allowed to enroll in schools and their mothers cannot get badly needed aid — they are denied “simply the right to exist,” Egeland said.

Providing these children with such basic rights to education and health care is “key to ensuring a sustainable future for them and for the country,” he said.

“A society cannot be at peace if it allows a generation of stateless children in its midst.”

FILE – In this April 18, 2017, file, photo, a woman holds her newborn while she clutches her son’s hand as they flee heavy fighting to wrest the al-Tanek neighborhood of Mosul, Iraq from Islamic State militants. TAn international charity said Tuesday, April 30, 2019, that an estimated 45,000 children in Iraq who were born under the rule of the Islamic State group are being excluded from society because the government denies them documentation and ID papers. (AP Photo/Maya Alleruzzo, File)