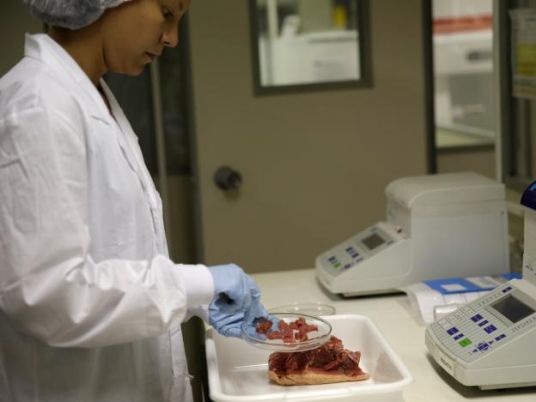 China and the European Union curtailed meat imports from Brazil on Monday after police, in an anti-corruption probe criticized by the government as alarmist, accused inspectors in the world's biggest exporter of beef and poultry of taking bribes to allow sales of rotten and salmonella-tainted meats.

But he also criticized the investigation by Brazil's Federal Police into meatpacking companies, calling their findings "alarmist" and saying they used a few isolated incidents to tarnish an entire industry that maintains rigorous standards.

An all-out ban on Brazilian meat exports would be a "disaster," Maggi added. "I pray, I hope, I work so that does not happen," he said, speaking to reporters outside his office in Brasilia.

With other import curbs expected to follow, the scandal stemming from a police operation codenamed "Weak Flesh" could deal a heavy blow to one of the few sectors of Latin America's largest economy that has thrived during a two-year recession.

Police on Friday named BRF SA and JBS SA, along with dozens of smaller rivals, in a two-year probe into how meatpackers allegedly paid off inspectors to overlook practices including processing rotten meat, shipping exports with traces of salmonella and simply not carrying out inspections of plants.

JBS is the world's largest meat producer and BRF the biggest poultry exporter.

The companies have denied any wrongdoing, and authorities have said no cases of death or illness have been linked to the tainted meat investigation.

New allegations of unsavory business practices in Brazil come as the country is still reeling from a massive graft scandal centered on state-controlled oil company Petrobras that is widening into other sectors. 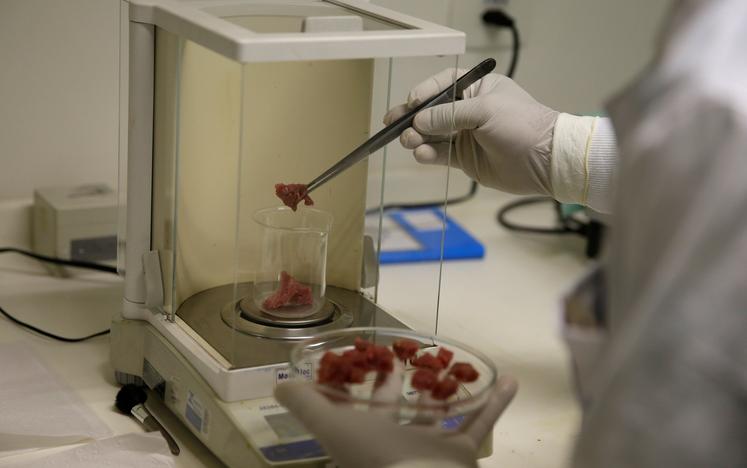 A veterinarian analyses a piece of meat collected by Public Health Surveillance agents during an inspection of supermarkets, at a veterinary laboratory with the public health department in Rio de Janeiro, Brazil (REUTERS/Ricardo Moraes)

Brazil's President Michel Temer has sought to downplay the meatpacking probe, saying it involved only 21 of Brazil's more than 4,800 meat processing units.

But Francisco Turra, head of Brazilian beef producers association ABPA, told reporters it had put the entire meat industry in jeopardy and "destroyed" a hard-won image of quality products.

China, which accounted for nearly one-third of the Brazilian meatpacking industry's US$13.9 billion in exports last year, suspended imports of all meat products from Brazil as a precautionary measure.

Ricardo Santin, ABPA's vice president of markets, said two of the suspended plants process poultry, one beef and the other horse meat. One of the poultry plants is operated by BRF, said Santin.

In a statement, BRF said the company has not received any formal notice from Brazilian or foreign authorities related to the suspension of its plants.

South Korea's agriculture ministry said in a statement that it would tighten inspections of imported Brazilian chicken meat and temporarily bar sales of chicken products by BRF.

More than 80 percent of the 107,400 tonnes of chicken that South Korea imported last year came from Brazil, and BRF supplied almost half of that.

BRF closed down nearly 2.2 percent Monday, while JBS ended the day up 0.75 percent as investors bet the scandal would have less effect on the world's largest meatpacker.

BRF could prove more vulnerable to the scandal since a larger share of its operations are physically based in Brazil, while JBS derives most of its sales from abroad, according to a report by Goldman Sachs analysts led by Luca Cipiccia.

Shares of Minerva SA and Marfrig Global Foods SA, which are not involved in the investigations, also fell as traders fretted over the possibility of further import bans.

The European Commission said the scandal would not affect negotiations between the European Union and South American bloc Mercosur about agreements on free trade.

On the streets of Rio de Janeiro, Brazil's second-largest city, the scandal left many consumers in doubt.

"My freezer at home is full of meat, and I don't know what to do," said Maria Fonseca, a saleswoman. "Should I eat it or just throw it all away?

"It is an enormous waste. If I lived in the countryside, I'd start raising my own cows and chickens!"