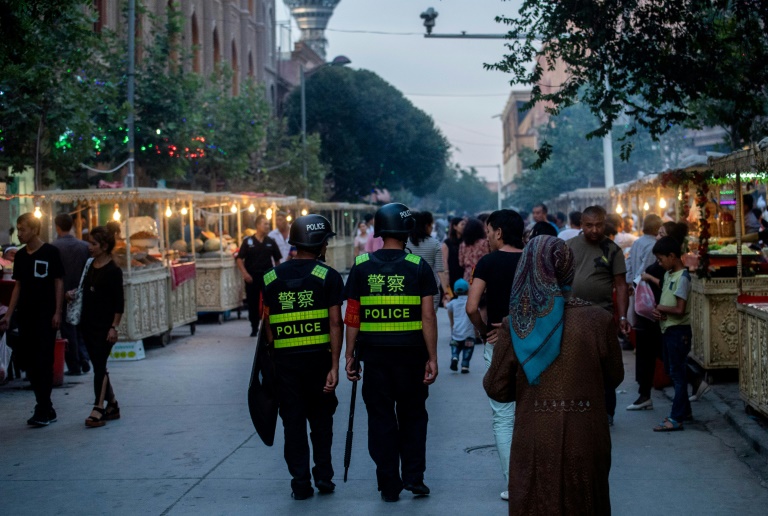 China on Monday defended its controversial security crackdown in the fractious far west region of Xinjiang, saying nearly 13,000 “terrorists” have been arrested there since 2014.

Beijing has come under international criticism over its policies in the region, where as many as one million Uighurs and other mostly Muslim minorities are being held in internment camps, according to human rights groups.

The State Council, China’s cabinet, hit back again with a white paper saying that the government “is relentless in striking hard, in accordance with the law, at any conduct advocating terrorism and extremism”.

The document states that Xinjiang has long been part of Chinese territory but that “terrorist and extremist forces” have fomented separatist activities by “falsifying” the region’s history.

“The counter-terrorism work and the de-extremization struggle in Xinjiang have always been carried out in accordance with the rule of law,” it added.

The paper was quickly condemned by a Uighur rights group, which called it a “a political excuse to suppress the Uighurs”.

“The purpose of releasing the so-called white paper is a means of getting local support for its extreme policies and to cover up human rights abuses,” Dilxat Raxit, spokesman of the exiled World Uyghur Congress, said in a statement.

Xinjiang, which shares a border with several countries including Pakistan and Afghanistan, has long suffered from violent unrest, which China claims is orchestrated by an organized “terrorist” movement seeking the region’s independence.

China has previously denied the presence of the internment camps, but have in recent months shifted to calling them “vocational education centers” akin to boarding schools, with students checking in voluntarily.

The “preventive measures” have brought a “marked change” in the region, with people having “a much stronger sense of fulfillment, happiness and security,” the white paper said.

But former inmates have said they found themselves incarcerated for transgressions such as wearing long beards and face veils or sharing Islamic holiday greetings on social media.

Beijing has also gone on a public relations blitz in recent months, taking journalists and diplomats on tours to visit the region and the centers.

China's treatment of Uighurs an 'embarrassment for humanity': Turkey