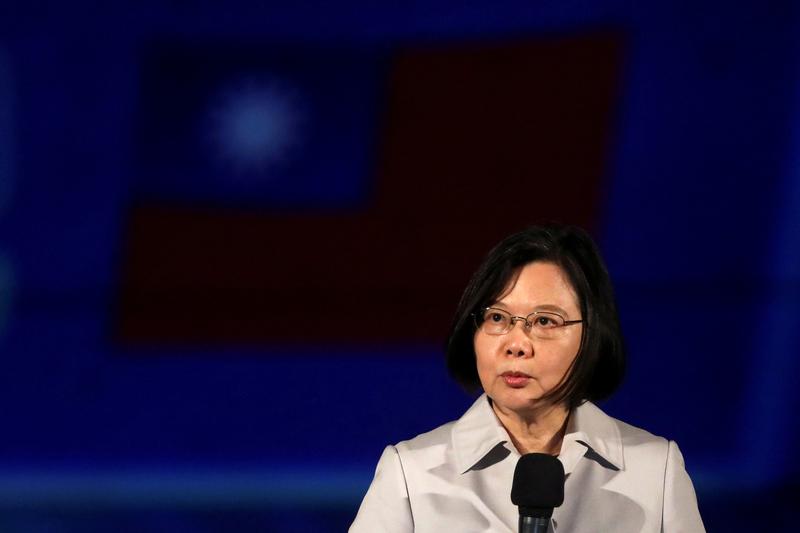 TAIPEI (Reuters) – China has opened a new front in its pressure campaign against Taiwan with a series of spying allegations and confessions aired on state television, denounced on the democratic island as entrapment and another reason for people to fear visiting China.

China views Taiwan as its sovereign territory and has stepped up a campaign to assert its claim, including sending fighter jets near the island.

Taiwan President Tsai Ing-wen says the island will not provoke but will defend itself.

Starting on Sunday evening, Chinese state television has been showing what it says are detained Taiwanese spies who have been operating in China, and confessing to their crimes.

China, under its Thunder-2020 campaign, has cracked hundreds of cases orchestrated by Taiwan’s intelligence forces to “infiltrate and damage” and set up a network of spies, state television said.

The Global Times, a widely read Chinese tabloid run by the Communist Party’s official People’s Daily, said on Wednesday the revelations were a warning to “Taiwan separatist forces”.

Taiwan says China is framing and entrapping people, and that putting people on television to confess crimes before going to trial is a serious breach of proper legal process, something rights groups have long criticized Beijing for doing.

Asked about Taiwan’s spying in China – both sides have long accused each other of running espionage networks – Su said Taiwan did not do that anymore and did not need to.

“China is an authoritarian country, and always does this kind of infiltration and damage, so it thinks others do it too. They don’t know that Taiwan has been democratic and open for ages.”

Taiwan has taken particular umbrage at what it says are obvious inaccuracies in some of China’s accusations, including that one of the accused spies previously worked for a former chairman of the ruling Democratic Progressive Party (DPP), Cho Jung-tai. Cho says he did not know the man.

It has not been possible to reach any of the suspected spies for comment, though Zhu Fenglian, spokeswoman for China’s Taiwan Affairs Office, said they had been provided with lawyers and investigations carried out in accordance with the law.

The DPP had “stepped up their collusion with external anti-China forces, frequently creating incidents”, she added, calling on it to stop “harming the overall interests of the Chinese people”.

The arrests have raised concerns in Taiwan about safety of its people in China.

“Think of the risks,” said Wang Ting-yu, a senior DPP lawmaker who sits on parliament’s foreign affairs and defense committee.

“Any Taiwanese person, no matter their political positions of beliefs or party background, is simply a tool for the Chinese Communists.”

China fires back at US over environment, South China Sea