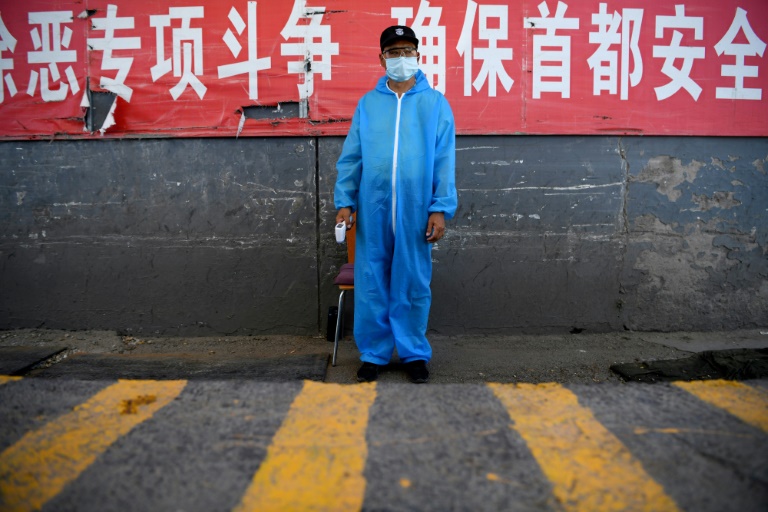 China reported dozens of new coronavirus cases for the second consecutive day on Monday as a growing cluster of infections stoked fears of a second wave, while more borders were opened in Europe ahead of the summer holiday season.

Streams of people queued in a stadium as mass testing was carried out in Beijing, the capital of the country where the disease emerged late last year.

The pandemic is gathering pace in Latin America, and Iran and India have reported worrying increases in deaths and infections — adding to concern over challenges the world will face in the long fight against COVID-19.

But for the moment news has been better in Europe, which has mostly seen caseloads fall steadily in recent weeks.

Many countries are further lifting painful lockdowns that have saved lives, but have also devastated economies and wearied confined populations.

“Very few people have been infected… it’s why I’ve chosen to travel to Santorini. Next week I’m going to Crete,” Max Han, a young Chinese tourist, told AFP on the Greek island as he admired the sunset.

Greece is already allowing travellers from nations deemed low-risk, and on Monday it opened its borders to EU countries — as did Germany, Belgium, France, with Austria to follow the next day.

China was the first country to implement extreme restrictions on movement early this year, forcing local transmission down to near-zero as the crisis walloped the rest of the world.

But on Monday Chinese health officials reported there have now been 75 cases of the respiratory illness in Beijing where the fresh cluster has been linked to a wholesale food market.

More than 10,000 people there have already been tested, including workers at the Xinfadi market, local residents and anyone who visited it in recent weeks.

Officials have said they plan to test 46,000 people who live in the area, and a strict lockdown was extended across 21 neighbourhoods in the capital.

More than 430,000 people worldwide have died from COVID-19, nearly halfway through a year in which countless lives have been upended and the global economy ravaged by the crisis.

The United States — by far the hardest-hit country with more than 115,700 recorded fatalities — on Monday reported its lowest 24-hour death toll since its infection rate peaked in mid-April.

President Donald Trump’s administration has noted that some states have seen new flare-ups, but insists there will be no shutdown of the economy if a second full-blown wave arises.

The Middle East’s worst-hit country, Iran, reported its own uptick on Sunday, recording more than 100 new virus deaths in a single day for the first time in two months.

And there have been two new outbreaks in Rome, with 109 infections including five deaths diagnosed at a hospital and 15 cases detected at a building inhabited by squatters.

“Such micro-outbreaks were inevitable, but they are limited in time and space. And today we have the tools to intercept them and confine them.”

Despite fears over fresh clusters, many countries are making moves towards semi-normality.

Egypt is set to welcome tourists to beach resorts in July, and Peru’s Machu Picchu will also reopen next month, although it will sharply reduce the number of daily visitors.