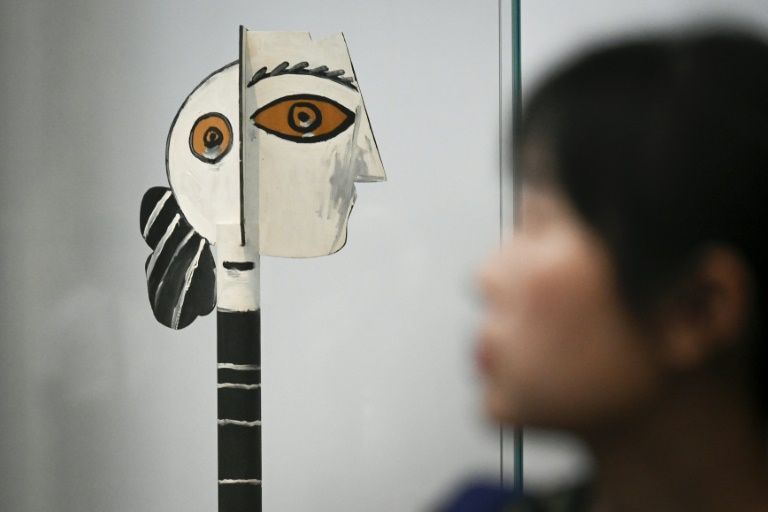 The largest Picasso exhibition ever held in China opens on Saturday, featuring more than 100 works — many of them from the artist’s early years.

The “Birth of a Genius” exhibition brings together the best of the Picasso Museum Paris, Laurent Le Bon, the museum’s president told AFP.

Featured works include paintings, sculptures and drawings, and are accompanied by photos of the young Pablo in Barcelona and Paris.

The first Picasso exhibition in China was held in 1983, timed to coincide with a Beijing visit by then French president Francois Mitterrand. Just 33 pieces of art were put on display.

This year’s exhibition, which runs until September 1 at the UCCA Center for Contemporary Art in Beijing, focuses on the artist’s first 30 years.

“We have tried to show the great masterpieces like the blue Self Portrait, for example, that hardly ever leave the museum, and display them alongside a more multidisciplinary Picasso,” Le Bon said.

The Spanish artist’s “blue period” from 1901 to 1904, which focused especially on the poor and marginalized, such as prostitutes and drunks, features prominently in the selected works, added exhibition curator Emilia Philippot.

“These are very political subjects in a way,” she said.

Transporting all the works to China brought its own challenges.

The insurers for the works, which are valued at more than 800 million euros ($900 million) insisted that the pieces travel on seven separate planes, the organizers said.

Picasso in I.Coast? A village tells of its brush with the artist