Facebook Twitter LinkedIn
McDonald's has always been about consistency, speed and budget pricing.
Its Golden Arches can be neon beacons of hope in a strange land — a place where you know you'll always get the exact burger and fries you are looking for, followed by pangs of guilt the next day.
But in Hong Kong, 40 years after the chain first entered the territory, signs of change glimmer on the greasy fast food horizon.
In December, McDonald's transformed one of its Hong Kong branches into the world's first McDonald's Next — an evolved version of the brand that strives to be "modern and progressive."
Quinoa, coffee and ambient lighting
Gone are the red-and-yellow color palette and harsh lighting.
In their place a sleek black-and-white logo, ambient lighting, glass and metallic interiors and… a salad bar. 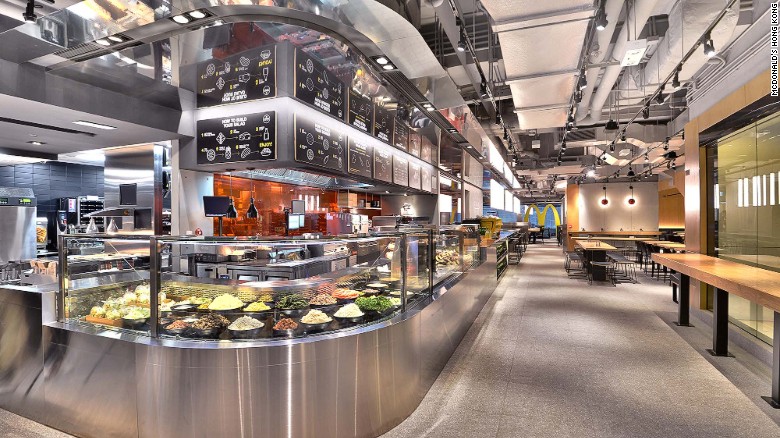 The world's first McDonald's Next — part of the brand's efforts to be "modern and progressive" —  opened recently in Hong Kong. Among its surprising offerings is a salad bar filled with 19 ingredients including that all-important super food, quinoa.
The unlikely offering is filled with 19 ingredients including "two choices of salad base greens, two kinds of cheese, three flavors of sauces" and — of course — quinoa.
Additionally, McDonald's Next is trying to elevate the overall fast food experience with table service after 6 pm and premium coffee blends.
The branch, located in the city's Admiralty neighborhood, has also been fitted out with mobile phone charging platforms, free Wi-Fi and self-ordering kiosks.
McDonald's did not respond to CNN's request for info on why Hong Kong was chosen as the first location for their new concept and whether they will be opening new Next restaurants in other cities.
So no more burgers?
For those seeking a Big Mac, don't worry.
McDonald's Next still has the regular menu and also offers the brand's new Create Your Taste (CYT) concept, which allows visitors to customize their burgers via touch screen.
The CYT scheme is a global initiative that launched early last year and can now be found in locations in the US, China, Australia and the UAE.
It landed in Hong Kong last July at two branches and has since expanded to nine city outlets. 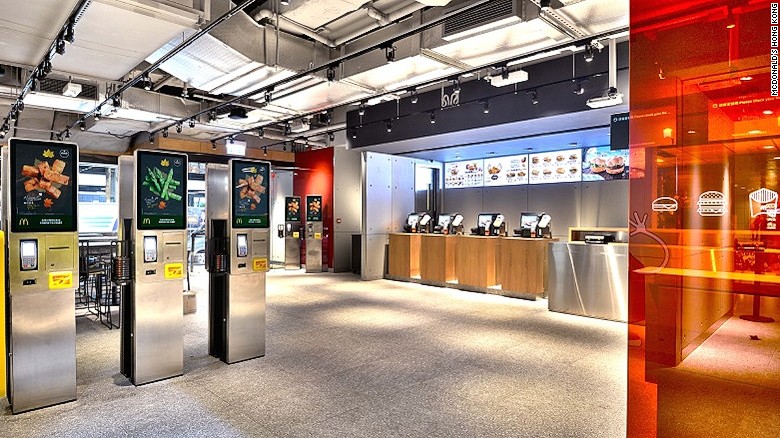 The Next restaurant also features the brand's new Create Your Taste concept, which allows visitors to customize their burgers. It's a global initiative that launched early last year and has already made appearances around the world, including locations in the US, China, Australia and the UAE.
On a recent Thursday evening, the McDonald's Next outlet was abuzz with guests lining up for both the regular menu and the new customized salads and burgers.
"It's friendlier, feels more like a cafe than a McDonald's," said Nicolas Cottard, a businessman from France.
"I think it's increased the value of the brand."
Time for a change
Why would McDonald's shift its decades-old, tried and tested methods?
Because the old business model is failing. 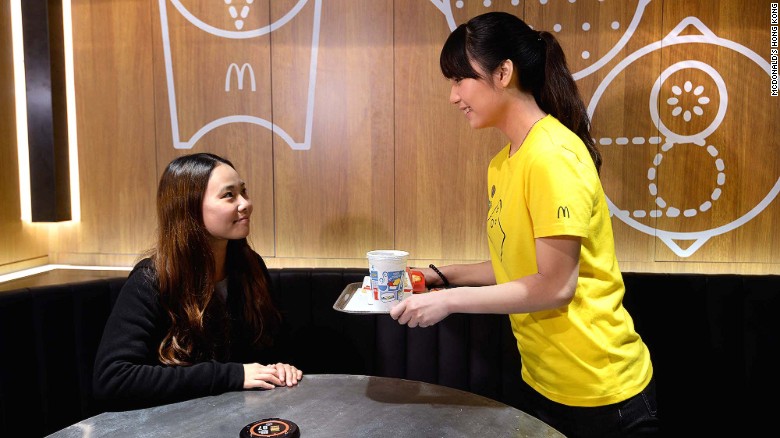 McDonald's Next offers table service after 6 pm and premium coffee blends. The branch has also been fitted out with cell phone charging platforms, free Wi-Fi and self-order kiosks.
In May last year, McDonald's announced its major turnaround plan after both revenues and guest traffic fell around the world.
Following disappointing first quarter results in 2015, Kevin Ozan, McDonald's chief financial officer, stated that the "current performance reflects the ongoing pressures on the business." 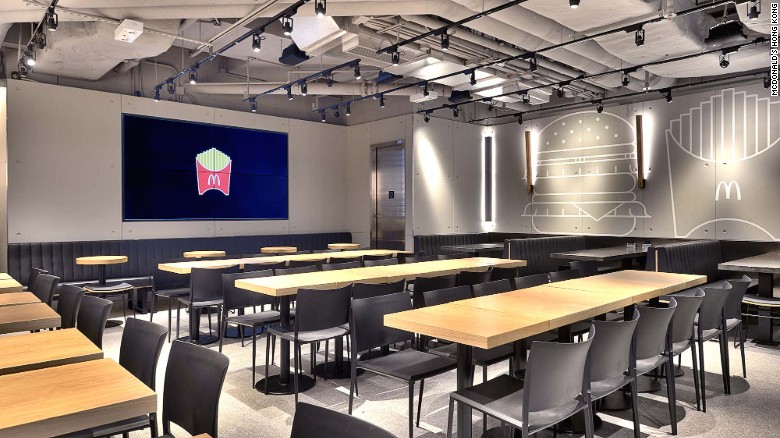 The red-and-yellow color palette most McDonald's fans are familiar with has been banished in favor of ambient lighting and glass and metallic interiors.
Not only is there more competition in the fast food market, but people around the world are becoming more health conscious.
According to a Nielsen Global Health and Wellness survey conducted last year, 50 percent of global respondents claimed they're trying to lose weight.
And 75 percent of those people planned to do so by changing their diets and focusing on more natural, fresh foods.
Is it still going to be cheap?
With a fresh perspective comes a new pricing model.
A regular salad from the McDonald's Next salad bar, depending on ingredients, will cost about the same as salads at other restaurants in the city. 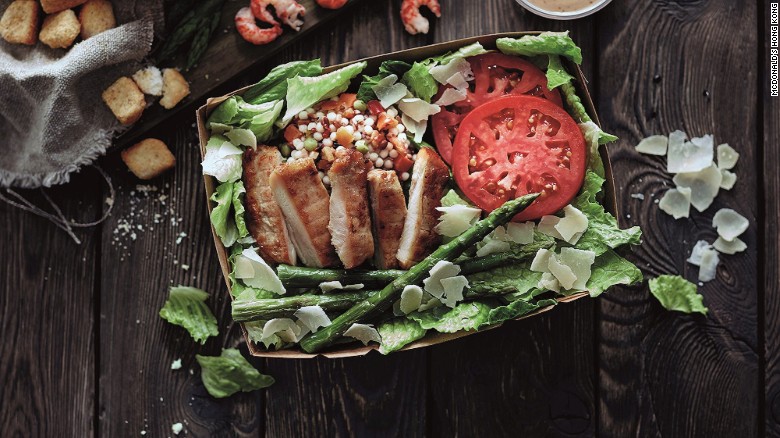 Not quite ready to give up your Big Mac? McDonald's Next, located in Hong Kong's Admiralty neighborhood, still offers the regular menu for those who want to pair their salad with a fat burger.
"The price is a little bit higher but it's good," said Man Chan, a regular at McDonald's Next.
"It's very fresh."
Click here for the original story.
Tags
ambient lighting burgers Coffee Hong Kong mcdonald's quinoa salad 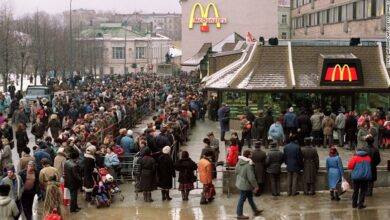 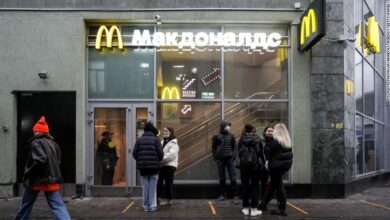 Communist Hanoi gets its first McDonald’s