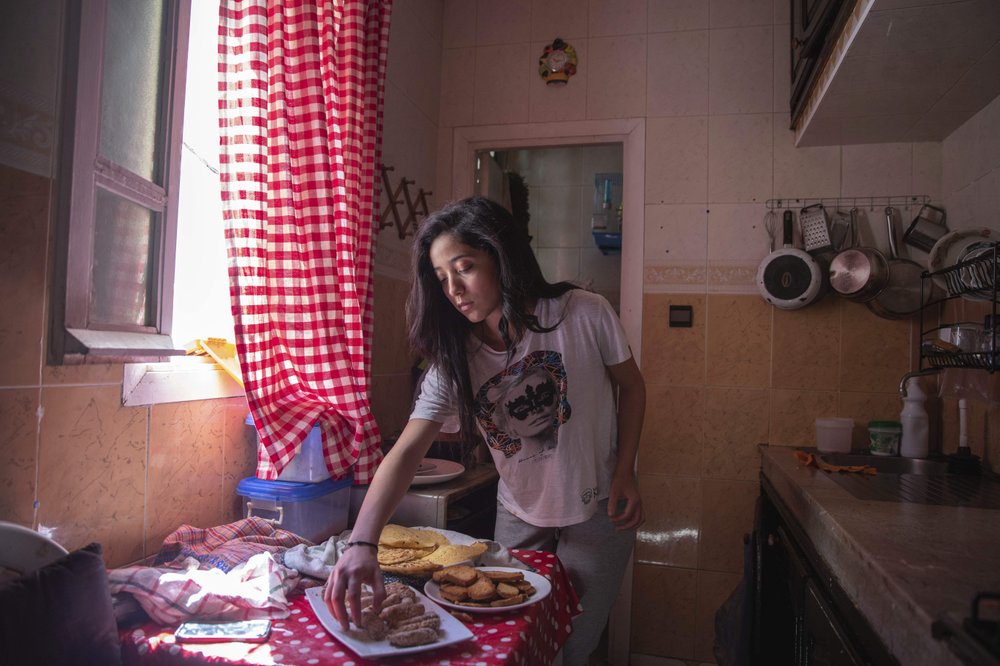 The mood was somber for the normally joyous holiday marking the end of the holy month of Ramadan, but also mixed with gratitude that Morocco’s brush with the virus has been so far milder than those in the US or Europe.

And Moroccan families found ways to make Eid special, as Muslims around the world adapted the religious festival because of social distancing rules and life under confinement.

They cooed at a baby on a cellphone screen, as a breeze lapped the gauzy curtains, honey-laden sweets piled high on the table along with other traditional holiday treats.

Her extended family lives in several different cities across the kingdom and they would normally get together to celebrate Eid.

But her family hasn’t had a guest since Morocco’s strict lockdown was declared over two months ago. She celebrated the day with just her parents, Afifa and Moustafa, and took a trip to their rooftop for a view of the city, the Atlantic Ocean, and Casablanca’s iconic Hassan II Mosque.

About 100 kilometers (60 miles) away, in Sale, Ghita Naoui and her sister Fatima shared a meal with their children as they watched TV and drank tea. Suhail, her nephew, an amateur music producer, worked on a new mix as his sister and cousin caught up with their friends via social media.

The virus was on many minds, but also hope that restrictions are relaxed soon. Morocco was early to order confinement, and has reported only 200 deaths and about 7,500 infections overall.

“It’s not how we imagined celebrating Eid,” Fatima Naoui said while cooking lunch for the family, “but we hope that by the next [major Muslim holiday], things will be back like it used to be.”

Image: Fadila Lahta prepares a plate of Moroccan sweets in her aunt’s home as they spend Eid in lockdown due to the coronavirus pandemic, in Sale, Morocco, Sunday, May 24, 2020. (AP Photo/Mosa’ab Elshamy)