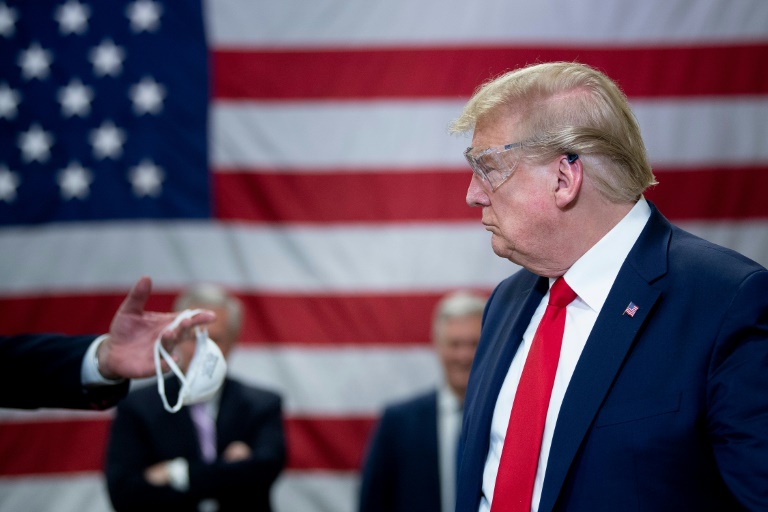 While US President Donald Trump admits he’s not actually a doctor, he’s long been convinced of his scientific talents — and the coronavirus pandemic has given him the ultimate stage to test his theories.

The Republican leader’s announcement Monday that he has been taking hydroxychloroquine for almost two weeks as a preventative measure against COVID-19 was a shock.

While Trump claimed to have “heard a lot of good stories,” the anti-malaria drug has not been cleared for such use and US regulators warn it can be highly dangerous.

On the other hand, the announcement was no surprise: Trump often goes his own way when it comes to science, even mid-pandemic.

In April, he mused during a press conference with top health officials whether disinfectants used to kill germs on surfaces could also be injected into coronavirus patients.

“Is there a way we can do something like that by injection inside, or almost a cleaning?” he asked his stunned audience. The next day, Trump said he’d been speaking sarcastically, though there was no hint of sarcasm in his voice.

The president’s idiosyncratic approach is most visible on the issue of masks.

Long after government doctors recommended wearing masks as a globally accepted way of slowing the viral spread, Trump and his staff went without.

This month, after two White House employees with access to Trump got the coronavirus, the order finally went out for everyone to cover up. Except Trump.

He even pointedly declined to be seen in a mask while touring a mask-making factory in Arizona.

He scorns renewable energy and says that wind turbines cause cancer. During a solar eclipse in 2017, he ignored doctors’ advice and looked directly, without sunglasses, into the sun.

He has little time for the nearly unanimous world scientific position on manmade global warming and pulled America out of the Paris climate agreement.

The colorful, overweight real estate entrepreneur has declared thumbs down for exercise, saying that his elderly friends who worked out all now are “going for knee replacements, hip replacements.”

In some quarters, Trump draws mockery, but his supporters often nod in agreement as they listen to his theories during rallies.

Trump credits “good genes” for his self-declared medical savvy, specifically from a “great super-genius” uncle, John Trump, who taught at the Massachusetts Institute of Technology.

“I like this stuff. I really get it,” the president said in March during a visit to laboratories at the Centers for Disease Control, early in the pandemic crisis.

“Every one of these doctors said, ‘how do you know so much about this?'” he claimed.

“Maybe I have a natural ability. Maybe I should have done that instead of running for president.”

Where Trump has undisputed success is in getting exactly the reports he needs after check-ups with his doctors.

This dates all the way back to 1968 when Trump, then an athletic-looking young man, was diagnosed with bone spurs in his heels, leading to exemption from the military draft to fight in Vietnam.

Trump has said he doesn’t remember which doctor examined him. A 2018 New York Times article quoted the family of a podiatrist who rented property from the future president’s father saying that the diagnosis was given as “a favor.”

Other than golf, 73-year-old Trump does no exercise and loves fast food. He has heart disease and is clinically obese.

But the official health reports since his 2016 election campaign have been glowing.

“If elected, Mr Trump, I can state unequivocally, will be the healthiest individual ever elected to the presidency,” his then-personal physician, Harold Bornstein, wrote in 2015.

By then, Trump was in the White House and the sterling reports kept coming in.

“I told the president that if he had a healthier diet over the last 20 years, he might live to be 200 years old.”

Image: AFP/File / Brendan Smialowski US President Donald Trump’s government promotes masks to fight COVID-19 but he won’t wear one himself

Trump says he is taking hydroxychloroquine

Trump hopes for COVID-19 vaccine by end of year, 'maybe before'