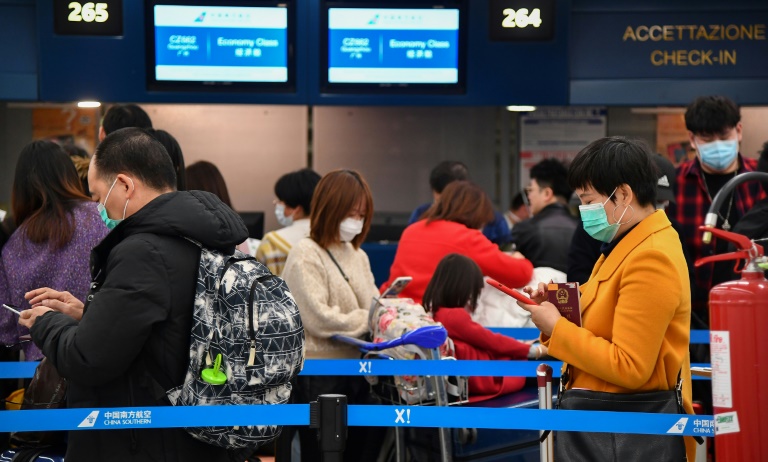 As the deadly coronavirus has spread worldwide, it has carried with it xenophobia — and Asian communities around the world are finding themselves subject to suspicion and fear.

When a patient on Australia’s Gold Coast refused to shake the hand of her surgeon Rhea Liang, citing the virus that has killed hundreds, the medic’s first response was shock.

But after tweeting about the incident and receiving a flood of responses, the respected doctor learned her experience was all too common.

There has been a spike in reports of anti-Chinese rhetoric directed at people of Asian origin, regardless of whether they have ever visited the centre of the epidemic or been in contact with the virus.

Chinese tourists have reportedly been spat at in the Italian city of Venice, a family in Turin was accused of carrying the disease, and mothers in Milan have used social media to call for children to be kept away from Chinese classmates.

In Canada, a white man was filmed telling a Chinese-Canadian woman “you dropped your coronavirus” in the parking lot of a local mall.

In Malaysia, a petition to “bar Chinese people from entering our beloved country” received almost 500,000 signatures in one week.

The incidents are part of what the Australasian College for Emergency Medicine has described as “misinformation” which it says is fuelling “racial profiling” where “deeply distressing assumptions are being made about ‘Chinese’ or ‘Asian-looking’ people.”

Disease has long been accompanied by suspicions of foreigners — from Irish immigrants being targeted in the Typhoid Mary panic of 1900s America to Nepali peacekeepers being accused of bringing cholera to earthquake-struck Haiti in the last decade.

“With outbreaks and epidemics along human history, we’ve always tried to vilify certain subsets of the population,” he said, comparing the behaviour to 1300s plague-ridden medieval Europe, where foreigners and religious groups were often blamed.

“Sure it emerged in China,” he said of the coronavirus, “but that’s no reason to actually vilify Chinese people.”

In a commentary for the British Medical Journal, doctor Abraar Karan warned this behaviour could discourage people with symptoms from coming forward.

Claire Hooker, a health lecturer at the University of Sydney, said the responses from governments may have compounded prejudice.

The World Health Organization has warned against “measures that unnecessarily interfere with international travel and trade”, but this has not stopped scores of countries from introducing travel bans.

The tiny Pacific nation of Micronesia has banned its citizens from visiting mainland China altogether.

“Travel bans respond largely to people’s fears,” said Hooker, and while sometimes warranted, they often “have the effect of cementing an association between Chinese people and scary viruses”.

Abbey Shi, a Shanghai-born student in Sydney, said the attitude shown by some of her peers has “become almost an attack on students who are Chinese”.

While Australia’s conservative government has banished its citizens returning from Wuhan — the central Chinese city at the epicentre of the virus — to a remote island for quarantine, thousands of students still stuck in China risk their studies being torpedoed.

“Right now it looks like they have to miss the semester’s start and potentially the whole year, because of the way the courses are set up,” Shi said.

According to Hooker, studies in Toronto on the impact of Severe Acute Respiratory Syndrome, or SARS — another global coronavirus outbreak in 2002 — showed the impact of xenophobic sentiment often lasted much longer than the public health scare.

“While there may be a cessation of direct forms of racism as news about the disease dies down, it takes quite a bit of time for economic recovery and people continue to feel unsafe,” she said.

People may not rush back to Chinese businesses or restaurants, and may even heed some of the more outlandish viral social media disinformation — such as one popular post imploring people to avoid eating noodles for their own safety.

“In one sense you might think the effects lasted from the last coronavirus to this one, because the representation as China being a place where diseases come from has been persistent,” Hooker said.

Image: AFP / Tiziana FABI Chinese in Italy have been subjected to abuse since the coronavirus outbreak