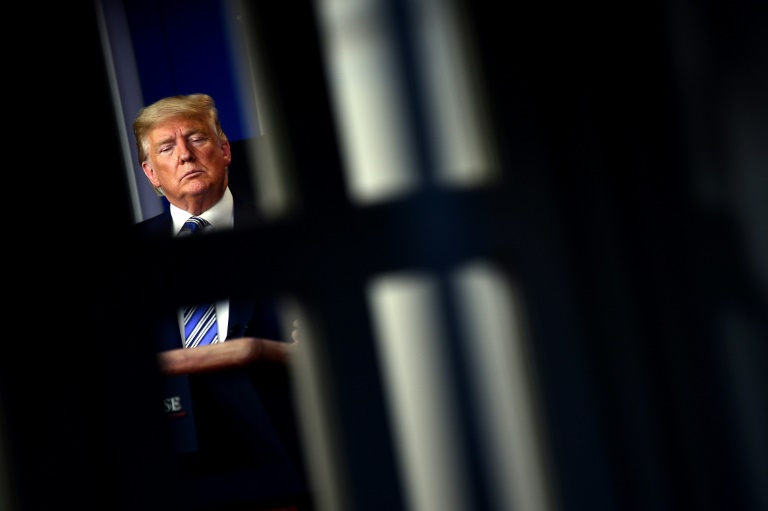 The coronavirus pandemic blindsided international organizations, prompted individual states to unilaterally strike out alone and heralded a new chapter in the 21st century’s chief geopolitical rivalry between the United States and China.

In the post-COVID-19 era, will multilateralism be dead?

Regional and international organizations from the European Union to the United Nations have not managed to muster a coordinated response to the pandemic, while even economic organizations like OPEC have failed to halt the slide on markets.

The United States, meanwhile, is halting payments to the UN’s World Health Organization (WHO), the only body equipped to deal with a health emergency that knows no borders.

“My fear is that the world afterwards will be very much like the one before, only worse,” he said in an interview with French daily Le Monde.

He warned that the pandemic marked a new stage in the “already longstanding challenge to multilateralism,” pointing to how major players were “backing out of their political commitments.”

The era of multilateralism dates to the aftermath of World War I, when the United States spearheaded the 1920 foundation of the League of Nations, the precursor of the United Nations.

The European common market, which would later become the European Union, was then set up in the 1950s in the wake of World War II.

Le Drian warned that under Trump, the US was now unsure about playing its global leadership role, making collective action difficult — providing an opportunity for China to step into the breach.

And he urged Europe to take on a more prominent role.

“Europe must become geopolitical and shoulder its responsibilities at the international level,” he told Le Monde.

Europe must “find its destiny as a leader”, he added, and no longer “depend on the outside.”

The crisis, described by many governments and groups as the worst since World War II, has led many states to put self-interest first and relegate the common good to second place.

“We are in a period where we are seeing a return to sovereignty, and the crisis will surely prompt states to behave in an even more sovereign way,” Zaki Laidi, a professor at the Sciences Po university in Paris, told AFP.

Even the UN Security Council, which has been the fulcrum of the multilateral system for the last decades, has been hamstrung by growing discord.

“The optimistic version was that we were going to take advantage of the situation by rebuilding multilateralism in a more modern way,” said Regine Perron, a historian at Cergy-Pontoise University outside Paris, and author of a history of multilateralism since 1918.

“The ideal would be that regional entities (like the European Union) take up the baton” from larger organizations, she said.

In his interview, Le Drian also sounded alarm over NATO, whose key member Turkey has purchased a Russian air defense system and had “Syrian proxies transferred” to take part in the conflict in Libya — despite international calls for a cease-fire.

In an illustration of the fractured relationship between two nominal allies, the Turkish foreign ministry accused Le Drian of “trying to cover up the desperate situation that France is facing due to the coronavirus crisis.”

The crisis has also exacerbated the rivalry between China and the US, both permanent UN Security Council members, with Trump accusing Beijing of being to blame for the spread of the virus.

But several analysts now say they fear a critical power vacuum, with the two leading global powers wary — and most likely incapable — of assuming a world leadership role.

“China is not in a situation of being able to show global leadership but it is also not certain that the United States is capable of doing this,” Dominique Strauss-Kahn, former chief of the International Monetary Fund, wrote for France’s Politique Internationale journal.

Former British prime minister Gordon Brown, who led the coordinated G20 response to the 2008 financial crisis, has warned that more, not less, multilateralism was needed to fight the coronavirus pandemic.

“It needs global action and not simply national action. We’ve had too much of America first, India first, China first,” he told the BBC last month.

“We are finding that we are connected, whether you like it or not.”

Image: AFP / Brendan Smialowski US President Donald Trump has ordered a halt to payments to the WHO agency