MADRID (AP) — Officials from almost 200 countries scrambled on Friday to reach an agreement at a U.N. climate meeting in Madrid amid growing concerns that key issues may be postponed for another year.

With the prospect of overtime looming, negotiators were poring over revised drafts, aiming to salvage a presentable deal on international carbon markets and aid for poor countries affected by climate change.

Germany’s environment minister said a decision overnight by European Union leaders in Brussels to make the bloc “climate neutral” by 2050 would provide a boost to negotiations in the Spanish capital with just hours left before the official end.

“With this, we can convince other major economies to join in and show how they want to reduce carbon emissions,” Svenja Schulze told The Associated Press.

While agreeing new, tougher emissions targets for meeting the goals of the 2015 Paris climate accord isn’t officially on the agenda in Madrid, observers say a strong signal of ambition will help rally nations ahead of the deadline for doing so next year.

“It means that they’re coming to the table with a much stronger hand and can really help to deliver what we need on ambition,” she said.

Meanwhile, EU countries and others insisted they would prefer not to finalize rules on international carbon markets rather than to approve one that could undermine efforts to cut greenhouse gas emissions. Economists say allowing companies and rich countries to invest in carbon-cutting measures such as rain forest protection in poor countries could become a vital tool for lowering emissions, provided the markets are transparent.

“We are all looking for a compromise,” said Frans Timmermans, the European Commission’s top official in charge of climate issues. “But there is no way, no way, we could accept a compromise that jeopardizes environmental integrity. Just no way.”

Developing nations singled out the United States as one of the countries blocking talks over aid to poor nations, agreed in 2013 and known as the Warsaw International Mechanism, or WIM.

American officials pushed back against those claims.

“The U.S. government is the largest humanitarian donor in the world,” a State Department official said.

“The WIM should be a constructive space to catalyze action on the wide range of loss and damage issues,” said the U.S. official, who spoke on condition of anonymity due to the sensitivity of the ongoing negotiations. “A divisive conversation on blame and liability helps no one.”

Environmental groups were staging protests outside the climate summit venue in Madrid to express their frustration at the slow pace of the talks.

But observers said the message from protesters didn’t seem to be having an effect on the negotiations.

“They’re moving at a snail’s pace,” said Mountford, of the World Resources Institute. “There’s a lot of breakdown in trust among negotiators and to be frank, quite a bit of self-interest coming into the room when actually we need to globally move forward together to really tackle this climate crisis.”

Scientists say big cuts to global emissions have to start next year if the 2015 Paris agreement’s goal of keeping global warming at 2 degrees Celsius (3.6 Fahrenheit) but ideally 1.5 degrees Celsius (2.7 F) by the end of the century is to be achieved. 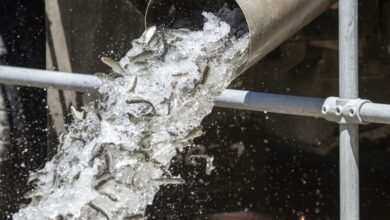 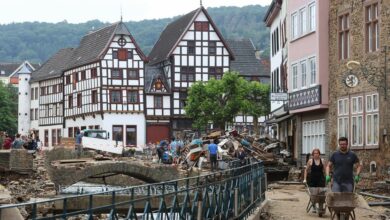 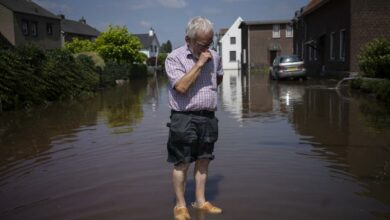 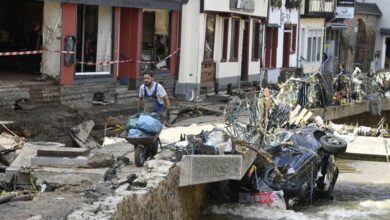