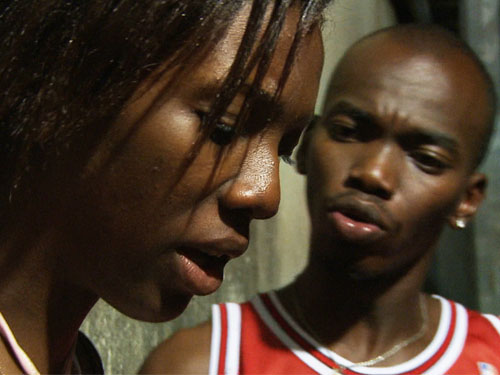 Two decades ago, the Nigerian film industry was non-existent; today, "Nollywood" produces more films a year than its American namesake and is surpassed only by the Indian film industry — all the more impressive considering these movies are produced without the benefit of a studio system, and that most Nigerian productions are filmed on the streets, or in rented apartments or hotel rooms. Similarly, nations like Burkina Faso and Senegal, where local film industries fizzled out in the face of rising production costs and alienated audiences, are now experiencing a cinematic resurgence in the form of digital, low-budget features, documentaries, and shorts that have been increasingly capturing the attention of film critics, as well as moviegoers across the globe.

As part of this year’s line-up, organizers at the Downtown Contemporary Arts Festival (D-CAF) have invited Ivorian filmmaker Philippe Lacôte to showcase three examples of recent West African cinema, set to be screened throughout the week at the Goethe Institute in Cairo.

“These films are poor,” Lacôte admits to Egypt Independent of the minimal resources behind each of the efforts. But, as he’s clear to stress, “they’re [each] made by very motivated teams.”

"Espoir Voyage" (Hope Voyage), for instance, is a documentary that sees Burkina Faso filmmaker Michel Zongo on a quest for any information on his brother Joanny who fled his country in search of a better life on the plantations of Cote d’Ivoire and died under unknown circumstances before ever returning home.

It’s an engaging concept; social commentary as a mystery, where each piece of evidence sheds some light on a fractured society, and one that’s made all the more effective due to the director’s personal investment. Before setting out on his search, Zongo explores the conditions that have made the border crossing into Cote d’Ivoire a “rite of passage” for so many young Burkinabe men, as well as the consequences of their exodus. As he “follows the traces” left by his brother eighteen years earlier, recreating the latter’s journey in the hopes of meeting those who might have encountered or known him, the filmmaker moves from cocoa plantation to coffee plantation, and witnesses first hand the difficulties of living the supposed dream.

“Our families think we ride cars,” a Burkinabe worker says to Zongo while, in the background, his colleagues laugh at the very notion. Coffee and cocoa, they explain, each take a long time to grow, and the men typically work for years before seeing the results of their labor. It’s a lifestyle that requires commitment to little else; “Here, when people die or move on, their traces disappear,” Zongo is told. Yet, the filmmaker refuses to abandon his search. “Otherwise,” he explains from behind the camera, “I will not be able to believe my brother is really dead.”

The rite of passage of young men into manhood remains a theme in Lacôte’s second choice, "Boul Falle: The Wrestling Way" — an energetic and, at times, poetic dissection of the Senegalese “sport and music” movement which, since its establishment in 1988, has increasingly become a political force. Director Rama Thiaw follows the stars of the movement, the wrestlers representing various districts, and the owners of the clubs in which they train, for a documentary that is informative if not entirely coherent.

Born out of the people’s lack of faith in the state, the Boul Falle movement is one of creative resistance as much as it is about self-fulfilment, and the documentary is at its best when it broadens its scope; figuratively as well as on technical terms. Too much of the film is shot in extreme, claustrophobic, close-up, and large chunks of time spent on talking heads that don’t seem to have much to say—especially when the subtitles drop out as often as they do. The brief rapping segments are a nice touch but the calmer moments of self-reflection almost wasted on subjects who haven’t been properly distinguished from one another to stand out as relatable individuals. Despite the aesthetic effectiveness of the climax in capturing the spirit of the celebration — the sound alone is incredible — the documentary’s final scenes fail on a narrative level due to a shift in focus, and a poorly-executed ending.

Lacôte’s final choice is the most popular among the three, having been shown “in the only five theatres [in] Ivory Coast,” and now considered “a cult film” among the country’s youth, he explains. The sole feature film in the program, "Burn It Up Djassa" employs documentary techniques to tell the story of a 20-year-old cigarette vendor living in the slums of Abidjan, and his descent into a life of crime. It’s a story undoubtedly inspired by an infinite number of real-life incidents, yet it fails to ring true.

Ironically, most of that failure can be attributed to director Lonesome Solo’s extra pushes at realism, including the on-camera narrator who introduces each of the film’s major scenes by exaggerating the plot points to follow (there is a chance this is a gimmick that needs a specific cultural context for audiences to appreciate). However, the film also suffers from a predictable story based on a coincidence-heavy plot and entire scenes of redundancy that stretch its 70-minute running time.

"Burn It Up Djassa" isn’t to be enjoyed for its story as much as it is for the glimpses it provides — of different lands and familiar societies, of the past and the future. There are several scenes in which 27-year-old director Solo makes his potential clear — as is the case with Thiaw’s "Boul Falle" and, to a greater extent, Zongo’s "Espoir Voyage" — and ultimately, that’s what Lacôte’s choice of films represent the most.

“These works might not be beautiful,” as the curator explains, “but they are most certainly alive.”

“Burn it up Djassa,” “Boul Fallé” and “Espoir Voyage” will be screened again at 7pm on 8, 9 and 10 April respectively. On 10 April, Lacôte will also give a talk on current trends in West African Cinema at 8:30pm. All screenings take place at the Goethe Institut Kairo, 5 Al-Bustan St., Downtown, Cairo.