Residents in Dabaa, the site of a proposed nuclear power plant, have said the government must reassess the feasibility of the project, during a conference with concerned activists last week.

"The conference was a chance for the residents to voice their concerns," said Baher Shawky of the Habitat International Coalition, who attended the conference.

"The people of Dabaa have been living on this land for four centuries, their livelihood is dependent on it and they possess a unique relationship with it. No one has been told why this land would be ideal for a nuclear power plant."

The small town on the country's North Coast, just miles from Marsa Matrouh, is the location of a proposed nuclear plant. The planned site is likely to extend 55 square kilometers. Protesters have been demanding the plant be relocated because they have lost land to the project.

The Ministry of Electricity has yet to accede to residents’ demands. Nuclear energy has long been in the works for Egypt, and the government has pushed to develop it as a source of electricity since 1981. But it wasn't until the International Atomic Energy Agency signed off on the project site in 2010 that the dream of nuclear power gained traction.

The government has said it plans to construct four nuclear power reactors by 2025, with the first of them to be put into operation in 2019.

But activists have voiced concerns over the impact nuclear power will have on the country's energy sovereignty. Egypt will have to import the uranium needed to make the reactor work, as well as rely on foreign companies for the construction of the plant.

"This is a technology that will make us even more dependent on private companies, said Greenpeace's Egypt coordinator Ahmed el Droubi, adding that the need for foreign brainpower and materials is a threat to the country's long-term "national security."

"We'll be importing a minimum of 80 percent of materials and knowledge, and relying on the countries we import from to deal with the uranium after," he said.

Since last August, thousands of residents protested the site, saying the people who had lived there were ousted from their property against their will.

The land confiscated was used by residents for agriculture, grazing, fishing and fowl hunting. Homes and trees have also been torn down to make way for the bulking nuclear structure.

"We are demanding that a team of government sponsored experts come to analyze the land and the feasibility of the project. The residents will also continue to protest, especially after announcements by the government that they will give ownership to Sinai Bedouin of the land they live on," said Shawky. Bedouins living around Marsa Matrouh should be offered the same land rights as Sinai Bedouins, he added.

The demand comes in the wake of a new government initiative to settle the Sinai's Bedouin population into formal landholding arrangements. Last month, Hesham Qandil, the prime minister, announced that people in Sinai will be allowed to purchase the land where they reside.

Also, Bedouins in Sinai will be given priority to purchase newly reclaimed agriculture land near the Salam Canal, which the government hopes to sell to Sinai residents and the country's youth.

Egypt has a history of ignoring resident concerns over mega-projects. After protests last November in the port city of Damietta, activists were able to permanently shut down a fertilizer factory they claimed polluted local fish stocks and agriculture.

Experts say residents were not consulted about the construction of the factory, which sits only a couple hundred meters away from a middle class neighborhood and school.

Built in 2008 by the state-owned Misr Oil Processing Company (MOPCO) and Agrium, a Canadian fertilizer company, the factory was the site of mass demonstration in 2008, and again last year, after expansion plans were announced. The protests was a forerunner for the kinds of civil resistance witnessed during last year's uprising, as well as in sit-ins since, according to Sharif El Musa, an assistant professor of environmental political science at the American University in Cairo.

“There were lessons to be learned from the peaceful and creative way they demonstrated in 2008,” said Musa last year. Now, residents of Dabaa are asking to be similarly heard by the current government. 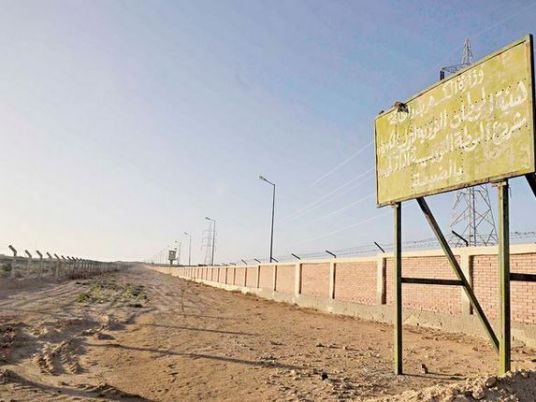 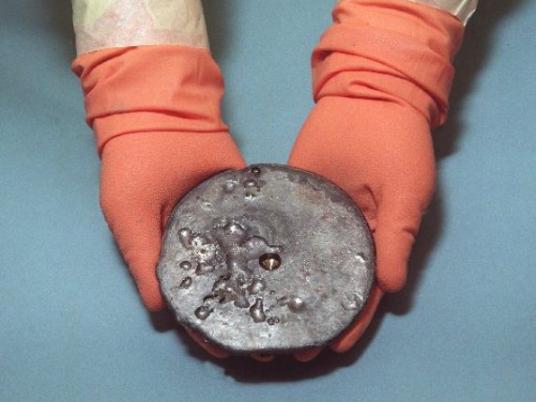