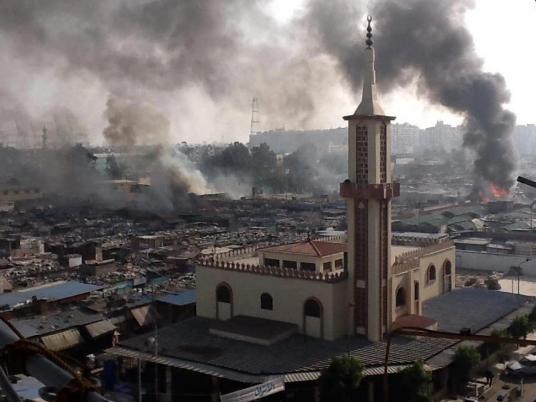 The Port Said clashes death toll has reached at least 31 on Saturday evening, the Ministry of Health announced in a statement.

The statement added that more than 300 people have been injured in the clashes.

According to Abdel Rahman Fereih, head of hospitals in the health directorate, all dead bodies were transferred to hospitals within Port Said.

The clashes were sparked by the ruling in the Port Said trial sentencing to death 21 defendants accused of murdering 72 Ahly fans following a match last February.

Armed Forces spokesperson Ahmed Ali said that troops from the Second Field Army are controlling all the main areas around Port Said's main prison. Further deployment in the city was also reported.

Families of the sentenced defendants stormed the prison where their sons were incarcerated. Protesters also overran the East Port Said Police Station after security forces abandoned it, and they were also reportedly attacking traffic control stations at intersections. Another police station was also reportedly set on fire, and the attackers looted its weapons.

Additionally, protesters broke into the city's electric company's headquarters. Mahmoud Sabry, head of the electricity company, had warned that the attack could lead to governorate-wide power outages and further destabilize the security situation.

Protesters also attacked the governorate's emergency and rescue station in an attempt to steal equipment from there and use it to break the defendants out of jail. A statement from the Interior Ministry also said that the housing unit for Central Security Forces personnel was set on fire.

Some residents blocked Mohamed Ali Street, a major road that links Port Said to Cairo and Ismailia. Others blocked the gates of a major industrial complex in the city. TV vehicles were also set on fire.