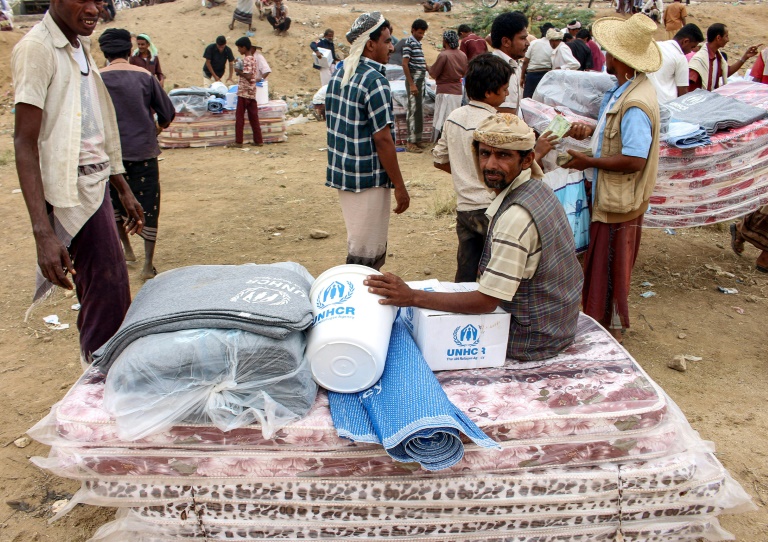 The US Senate on Wednesday dealt a stinging bipartisan rebuke to Donald Trump’s foreign policy and his alliance with Riyadh, voting to end support for the bloody Saudi-led war effort in Yemen.

Lawmakers in the Republican-controlled chamber approved a historic curtailment of presidential war powers that directs Trump “to remove United States Armed Forces from hostilities in or affecting the Republic of Yemen” within 30 days.

The Senate vote was 54 to 46, with seven Republicans defying the president and aligning with Democrats.

The text now heads to the Democrat-led House of Representatives, which approved a similar measure that stalled earlier this year, and which is likely to pass the latest effort.

The White House has threatened a veto, calling the measure “flawed” and saying it would harm bilateral relationships in the region and hurt Washington’s ability to fight extremism.

But its full passage would set a historic marker. It would be the first measure passed by Congress to invoke the 1973 War Powers Resolution to directly curtail a president’s use of military powers.

“Today, we begin the process of reclaiming our constitutional power by ending US involvement in a war that has not been authorized by Congress and is clearly unconstitutional,” Senator Bernie Sanders, who is running for president in 2020 and is a sponsor of the measure, said on the Senate floor.

Republican Senator Mike Lee concurred, saying Saudi Arabia “is not an ally that deserves our support or our military intervention.”

The Saudis, he said, “are likely using our own weapons… to commit these atrocities of war. That’s not OK.”

The war in Yemen is the world’s worst humanitarian crisis, with an estimated 14 million people at risk of famine.

The World Health Organization says about 10,000 people have been killed in the war between forces loyal to the Yemeni government, backed by the Saudi-led coalition, and the Iran-aligned Huthi rebels. Rights groups say the death toll is far higher.

The United States provides weapons and refueling to the Saudi coalition.

The resolution is a reminder that Congress has the legal ability to compel the removal of US military forces, absent a formal declaration of war.

Should it pass Congress, it could force Trump to issue the first veto of his tenure.

The vote may well be the first of two congressional rebukes of Trump in as many days.

On Thursday, the Senate is expected to vote on a resolution — already passed by the House — to reverse Trump’s emergency declaration on border security, after the president went around Congress in a bid to secure more funding for his wall between the United States and Mexico.

In that case too, he has promised to use his veto.

Wednesday’s Yemen vote, and the rare bipartisanship at the heart of it, came as US lawmakers have escalated their opposition to Saudi Arabia after the October murder of Saudi journalist Jamal Khashoggi at the kingdom’s consulate in Istanbul.

Republicans and Democrats alike have bristled over the White House’s apparent embrace of the kingdom and its leadership.

Some members of Congress have publicly stated that they suspect that powerful Crown Prince Mohammed bin Salman was directly responsible for the killing, based on the CIA’s conclusions.

Sanders, using unusually blunt language about an American ally, said the United States should not “simply follow the despotic lead of a government in Saudi Arabia.”

“We will determine our military and foreign pol and not be led around by a murderous regime,” he said.

Photo: Yemenis displaced from areas near the border with Saudi Arabia receive humanitarian aid given by the Norwegian Refugee Council (NRC) and the UN High Commissioner for Refugees (UNHCR) in the northern province of Hajjah on March 11, 2019