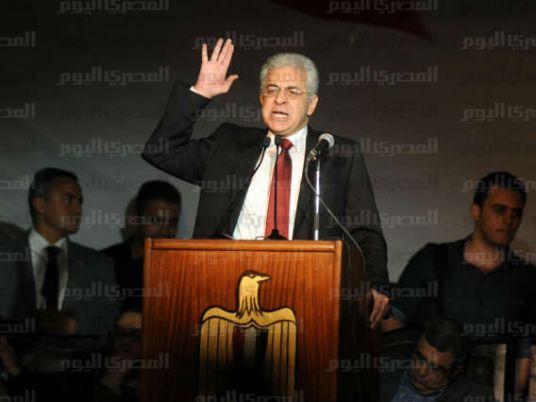 The parties of the Demoratic Current held a meeting with former presidential candidate Hamdeen Sabbahi on Sunday at the headquarters of the Constitution Party to discuss their platform for the coming parliamentary elections.

Sabbahi, founder of the Popular Trend, explained that the Current is studying how it will run in the parliamentary elections. “We are open to all alliances that agree on the principles of the 25 January revolution,” he said. “Supporters of the Brotherhood and Mubarak are not included.”

In regards to their economic platform, the parties of the Current stated that low-income families should not bear the brunt of the austerity measures, when fixing the budget deficit.

The Current also said they are still waiting for a response to a memorandum that was sent to the presidency to amend the election law.

Former Minister of Manpower Ahmed al-Borai said there are talks with the Salvation Front over the elections. “But we were not invited to the Wafd Party coalition,” he said.

In related news, Dawoud stated that the Current is forming a committee of jurists, including Abdel Ghaffar Shokr, chairman of the People's Alliance Party, and two members of the National Council for Human Rights to discuss the tough sentences issued against political activists accused of violating the protest law.