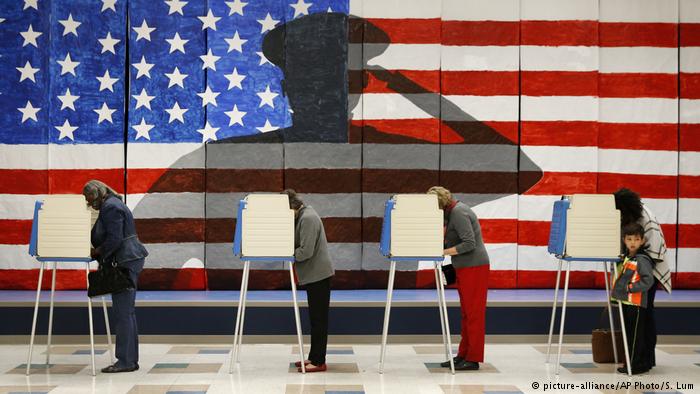 US President Donald Trump has closed down a commission he set up to investigate voter fraud in the 2016 election. Trump blamed states’ refusal to cooperate “despite evidence of fraud” he claims cost him the popular vote.

US President Donald Trump signed an executive order on Wednesday to disband a commission investigating voter fraud during the 2016 presidential election.

“Rather than engage in endless legal battles at taxpayer expense, today President Donald J. Trump signed an executive order to dissolve the commission and has asked the Department of Homeland Security (DHS) to review its initial findings and determine next courses of action,” White House spokeswoman Sarah Huckabee Sanders said.

Republican President Trump has alleged that voter fraud cost him the popular vote in 2016.

He did win the crucial electoral college vote by prevailing in the Midwest, but his Democrat rival Hillary Clinton collected almost three million more votes nationwide.

Although those results were certified by the Federal Election Commission, Trump insisted he had actually won the popular vote if you “deduct the millions of people who voted illegally.”

Election officials rejected the allegations and experts concluded that voter fraud on such a scale could not have taken place.

Many states refused requests from the commission for sensitive voter data, citing concerns over privacy.

Furthermore, there were fears that by complying they would be legitimizing the notion itself that voter fraud is widespread, something most studies have found to be not the case.

A study by a Loyola Law School professor, for example, found that out of one billion votes cast in all US elections between 2000 and 2014, there were only 31 known cases of impersonation fraud.

And a 2012 Pew study found millions of invalid registrations because people had died or moved, but “zero evidence of fraud.”

Kansas Secretary of State Kris Kobach, the commission’s vice chairman and a conservative Republican, said the decision to dissolve the bipartisan group was a “tactical change.” Kobach alleged Democrats didn’t want the investigation in the first place. “Their motto is, ‘Nothing to see here,'” he said.

Critics have said the commission was part of a Republican campaign aimed at making it harder for traditional Democratic voting groups – minorities, young people and the poor – to cast ballots.

“It is no surprise that a commission founded on a lie of widespread voter fraud proved to be a fraud itself,” said California Secretary of State Alex Padilla, a Democrat.

“No taxpayer dollars should have been wasted on Mr. Trump’s voter suppression crusade.”

“President Trump has tried and failed to spread his own fake news about voter fraud,” Ho said.