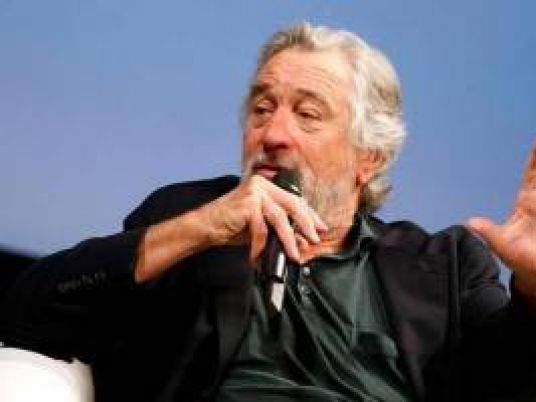 US actor and producer Robert De Niro said on Saturday that U.S. Republican presidential candidate Donald Trump should not run for president because he was "totally nuts".

Trump, a billionaire businessman seeking his first public office, has courted controversy with a string of inflammatory statements about his main opponent Hillary Clinton, guns, Mexicans, Muslims and war veterans, among others.

De Niro made the comments to a Sarajevo audience as he presented a digital version of Martin Scorsese's film "Taxi Driver", in which he starred, to mark its 40th anniversary.

"I don't know, it's crazy that people like Donald Trump …, he shouldn't even be where he is, so God help us," De Niro said to wide applause in the Sarajevo National Theater.

"What he's been saying is really totally crazy, ridiculous … he is totally nuts."

"But I think now they are really starting to push back, the media … finally they are starting to say: Come on Donald, this is ridiculous, this is nuts, this is insane," De Niro said.

Trump has blamed U.S. news media of taking many his comments out of context.

On Friday night, the 73-year-old actor opened the 22nd Sarajevo Film Festival, which was founded as an act of defiance towards the end of the city's 1992-1995 siege during the Bosnian war, and was honoured with a lifetime achievement award for his contribution to film.

“I will treasure this award — my Heart of Sarajevo — because I don’t think there is another city in the world that has shown such heart in the face of so much tragedy,” De Niro said at the ceremony.