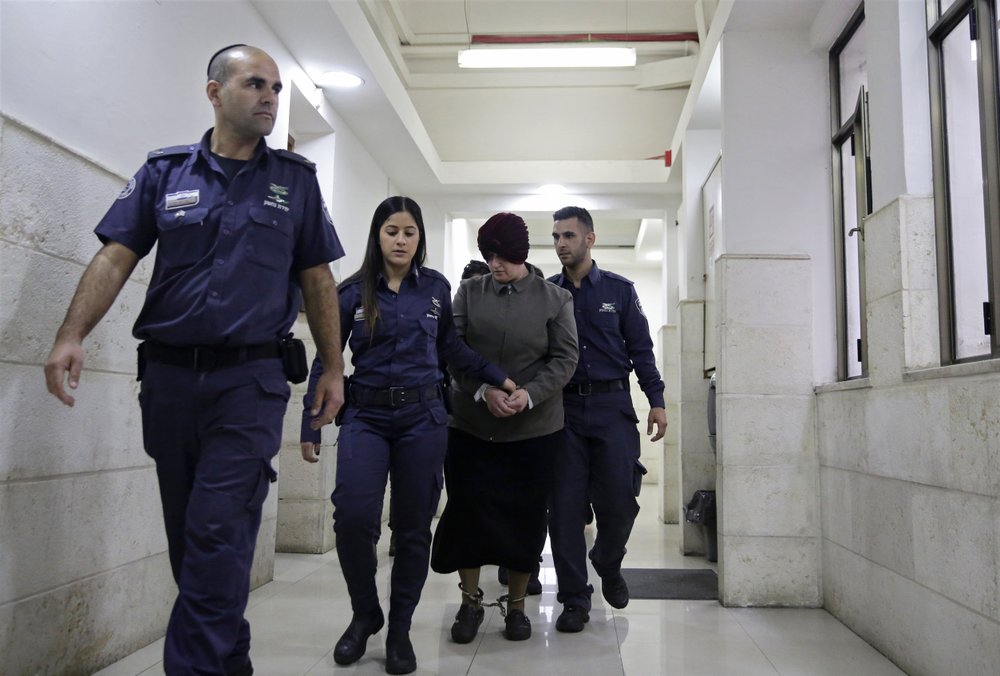 JERUSALEM (AP) — Nicole Meyer endured years of sexual abuse allegedly at the hands of her former school principal. She’s had to watch as her alleged abuser fled her residence in Australia for Israel, evaded justice for years and is now undergoing a protracted extradition process that critics have deemed a farce.

The lengthy, Kafkaesque legal saga over the sex crimes suspect’s fate has not only agonized Meyer but is testing the relationship between Israel and one of its closest allies, Australia. Malka Leifer’s case is still far from resolved and even Australia’s pro-Israel Jewish community is losing patience.

“When time and time and time again the process is just not moving forward, it’s increasingly more difficult,” said Meyer, 34, who lives in Melbourne. “Israel has an obligation to do the right thing.”

Meyer and two of her sisters allege Leifer abused them while they were students at an ultra-Orthodox school in Melbourne, and there are said to be other victims. In 2008, as the allegations surfaced, the Israeli-born Leifer, a trusted teacher and school principal in an insular religious community, left her position at the school suddenly and returned to Israel, where she has lived since.

The Associated Press does not typically identify people who say they are victims of sexual assault unless they grant permission, which Meyer has done.

In Australia, Leifer now faces 74 charges of sexual assault related to accusations brought forward by the three sisters. A judge in a civil suit against Leifer, 53, and the Adass Israel school where she taught, awarded Meyer’s sister more than $700,000 in damages. Meyer and another sister settled out of court.

But in Israel, justice has been slow. Critics say the legal proceedings have been marred by needless delays and laughable hiccups and have even roped in a government minister in what has embarrassed the country in front of its stalwart ally.

The legal quagmire has driven a wedge between Israel and Australia, a country the Jewish state relies upon for diplomatic support against what it views as “anti-Israel sentiment” in international organizations. The Leifer case repeatedly comes up in discussions between the countries’ leaders as well as in debates in Australia’s parliament. Its twists and turns have exasperated some lawmakers.

“I do not doubt the independence and the integrity of the Israeli legal system, nor do I doubt the commitment of the Israeli Ministry of Justice to pursuing this case. But enough is enough. This case has gone on for far too long,” Dave Sharma, a member of parliament for the ruling Liberal party and former Australian envoy to Israel told the Australian Parliament in October.

After Australia filed an extradition request, Leifer was put under house arrest in 2014 and underwent the beginnings of an extradition process that ended in 2016 when a mental health evaluation determined she wasn’t fit to stand trial.

Leifer was again arrested in early 2018 after an investigation claimed to have caught her leading a seemingly normal life, contrary to what she told the court she was capable of as someone with a mental illness. The court asked for another psychological review and she has since been held in Israeli custody.

Since her initial arrest, the court has heard Leifer’s case dozens of times. At the last hearing this month, a panel of psychiatrists set to deliver its ruling on Leifer’s mental state said it needed more time because it appeared the panel was unaware of the scheduled hearing. A new hearing is set for Jan. 14, but with a separate trial over her extradition yet to begin, and appeals expected, it’s unclear when, if ever, Leifer will face justice in Australia.

“It’s really difficult to verbalize how we’ve seen this case evolve. I’m really left speechless,” said Manny Waks, an advocate on behalf of the victims who has closely monitored the case. “Just a lack of professionalism, incompetence.”

Perhaps most damning has been the alleged involvement in the case of Israel’s ultra-Orthodox deputy health minister, Yaacov Litzman. Israeli police recommended charges of fraud and breach of trust be brought against Litzman for suspicions that he pressured ministry employees to skew Leifer’s psychiatric evaluations in her favor. Israel’s state prosecutor is expected to decide whether to file formal charges, though Litzman denies wrongdoing.

Both the Israeli Justice Ministry and the Foreign Ministry declined to comment on the Leifer case.

“We call on all those related to the issue to act responsibly and to let the justice system in Israel, which is among the grandest in the world, carry out its work without prohibited pressure tactics,” Tal Gabay and Yehuda Fried said in a statement.

On a first-ever visit by an Israeli leader to Australia in 2017, Israeli Prime Minister Benjamin Netanyahu said Israel has “no better friend” than Australia and called the country’s staunchly pro-Israel Jewish community “unusually committed” to the Jewish state.

But that support has started to crack in the wake of the Leifer proceedings. Australian Jews and community organizations have spoke out against the country’s handling of the case.

“As each court appearance passes without resulting in an extradition order, further trauma is inflicted on the survivors and the integrity of Israel’s institutions is undermined,” said Anton Block, who recently stepped down as head of the Executive Council of Australian Jewry.

Meyer said having justice run its course is the only thing that will bring her closure.

“I expect Israel to send her back,” said Meyer. “It’s an expectation that if they don’t fulfill, I don’t have an understanding of how I’ll move on.”

A look at the corruption scandals facing Israel’s Netanyahu