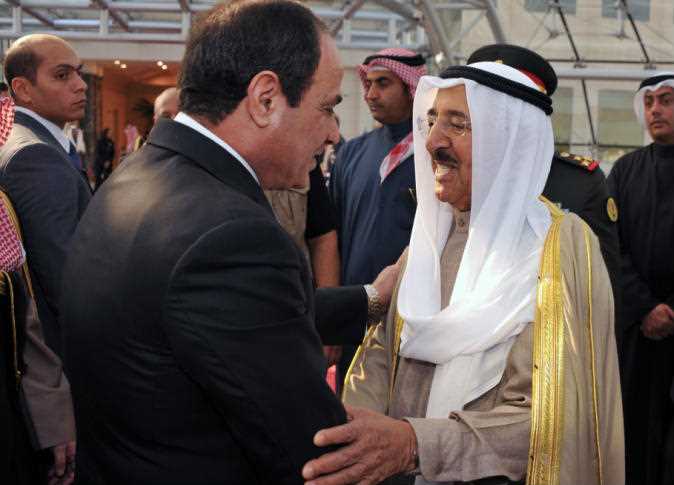 Egypt’s Foreign Ministry has slammed posts on social media which it says seek to worsen relations between Egypt and Kuwait.

In a Friday statement the ministry accused these posts of coming from ‘malicious entities’ eager to attack the strong ties between both countries.

This follows a controversial Youtube video which featured Egyptians being interviewed about whether or not they would burn the Kuwaiti flag for money.

The Foreign ministry stressed that the bond Egypt and Kuwait share is one forged through solidarity from joint struggles, with both states mutually eager to develop their interests for the benefit of their citizens.

The Kuwaiti embassy in Cairo issued a statement on Friday calling on Egyptian authorities to take necessary measures to deter abusive practices against Kuwait.

According to the Kuwaiti News Agency, the embassy condemned video clips that were circulated on social media on Thursday, encouraging people to burn the flag of Kuwait.

The embassy stressed that, “This act, which represents grave and unacceptable abuse to the State of Kuwait and its national symbol, reflects negatively on the brotherly relations between the two countries.”

“This shameful act has caused great dissatisfaction among both official and popular circles in the State of Kuwait and represents a wound in the conscience of its people,” it added.

The embassy further stated that it has “contacted officials in the Republic of Egypt, conveyed this dissatisfaction to them and denounced these rejected acts.”

The Kuwaiti citizen was promptly arrested, with police bringing a misdemeanor case to court, Asran said.

Kuwait’s Criminal Court in September 2018 sentenced a male citizen to 17 years in prison for brutal physical assault of an Egyptian expatriate during working hours at a motor repair shop in the industrial Shewaykh District.

Kuwait cautions about deteriorating relations with Egypt due to ‘abusive practices’