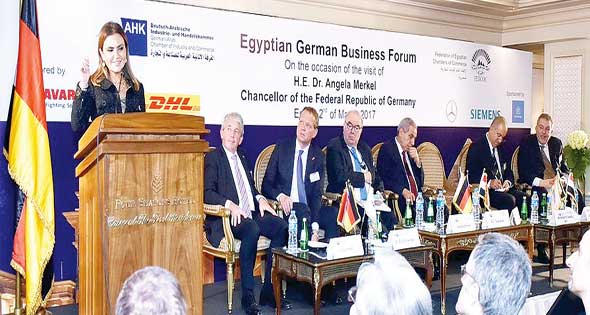 Nasr clarified that the first agreement included Germany’s grant of €48 million that would be used for developing the education sector, as part of President Abdel Fattah al-Sisi’s initiative for investment in human development.

Nasr added that the second agreement included €102.5 million that would be used for electricity and renewable energy, energy efficiency, agriculture and various small and medium sized projects.

She said that the Egyptian government was keen on increasing German investments, which have reached around $641.4 million across 1103 companies in the chemical, petroleum, telecommunications, gas, automotive, iron and steel sectors.

In November, Nasr and Germany’s Minister of Economic Cooperation Gerd Muller signed an economic cooperation protocol worth €129 million, during Nasr’s visit to Berlin this week.

Spanning four years, the protocol includes the implementation of projects in the field of energy at €43 million, the water sector at €39 million, the field of economic development at €45 million, and a grant worth €2 million for youth projects.