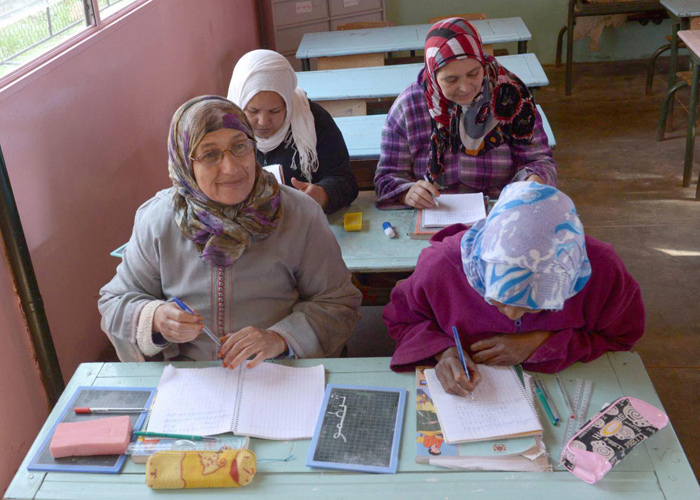 CAPMAS) announced that the number of illiterate people in the country — taking into account people nine-years and above — has reached 14.3 million, or 20.1 percent of the population as of 2016, with females making up 9.1 million.

In a Thursday statement coinciding with World Literacy Day, CAPMAS added that Egypt’s illiteracy rate declined to 14.4 percent for males and 26 percent for females.

Illiteracy rates among young people — for people aged between 15 and 24 — declined by 6.5 percent while rates for elderly people — 59 and older — dropped by 57.1 percent.

Illiteracy rates in urban areas — for those aged 10 and above — reached 13.5%, compared to 25.2 percent for those from villages.

Illiteracy rates in villages stood at 17.7 percent for males and 32.9 percent for females. In turn, in urban areas, 10 percent of men were illiterate and 17 percent of females.

Two of Egypt’s border governorates had the lowest rates of illiteracy according to the report — 8.6 percent in North Sinai and 4.9 percent in Al Wadi al Gaded.

According to the CAPMAS statement, illiteracy rates in 2016 for people who are employed stood at 20 percent and at 4.9 percent for those unemployed.

1.1% increase in numbers of foreign workers in Egypt, CAPMAS