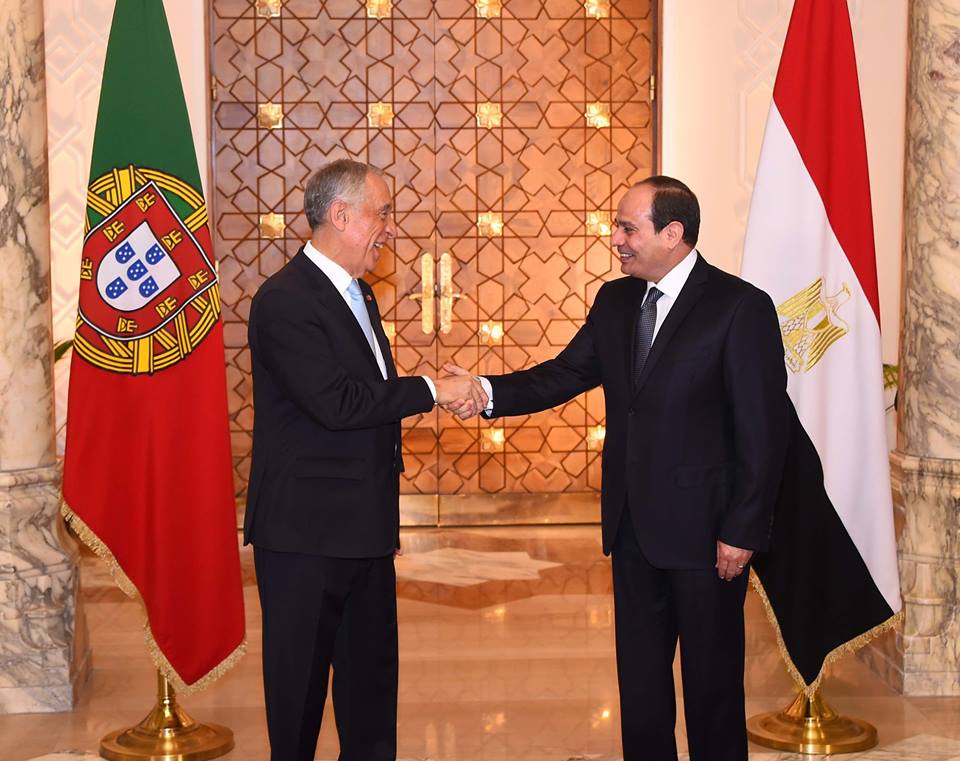 He added during a press conference his with his Portuguese counterpart Marcelo Rebelo de Sousa, who is currently paying an official visit to Egypt, that Egypt adopted a comprehensive counter-terrorism strategy against the abhorrent phenomenon.

The Portuguese president praised Egypt’s role in countering terrorism on a national and international level, and in combating illegal migration. He also congratulated Sisi for being reelected for a second term.

Both leaders signed number of trade memorandum of understandings including investments in the Suez Canal Corridor.

According to the official spokesperson of Egypt’s Presidency, De Sousa is paying a two-day visit to Egypt to discuss the enhancement of economic relations by signing economic agreements. This is the first visit for a Portuguese president to Egypt in 24 years. De Sousa was elected as president in 2016.