Facebook Twitter LinkedIn
Authorities on Sunday released for health reasons a Jama'a al-Islamiya leader convicted of killing tourists in the 1997 Luxor massacre whose brother was executed for assassinating former President Anwar Sadat.
Mamdouh Ismail, Showky al-Islambouli's lawyer and an MP, said the court released his client pending tiral in the case in which he is charged with attempting to overthrow the regime, Reuters said.
Ismail said Islambouli suffered a heart attack when the prisoners' truck transporting him to court Sunday was in an accident.
Islambouli was sentenced to death in absentia in 1992 in a case known in the media as "The Returnees from Afghanistan."
He was only recently arrested upon returning from Iran to Egypt in August after the uprising that ousted former President Hosni Mubarak.
Iran had asked Islambouli to return either to Egypt or Pakistan. He came to Egypt after failing to gain access to Pakistan or Turkey.
Islambouli was convicted again in 1999, in a trial that included more than 100 members of Jama'a al-Islamiya, of massacring 58 foreign tourists and four Egyptians in Luxor.
Group pemembers were also charged with blowing up the Egyptian Embassy in Pakistan and a series of killings and attempted assassinations, one of which targeted Mubarak.
Islambouli's brother Khaled, an army officer, was executed for Sadat's assassination.
Jama'a al-Islamiya several years ago said it renounced violence. Many of its members were elected into the People's Assembly in the recent post-revolution elections.
Tags
1997 Luxor massacre Jama'a al-Islamiya Khaled al-Islambouli prisoners Sadat assassination Showky al-Islambouli 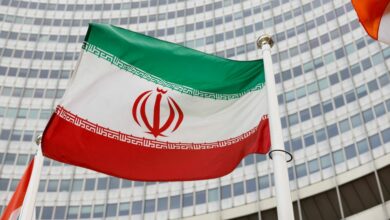