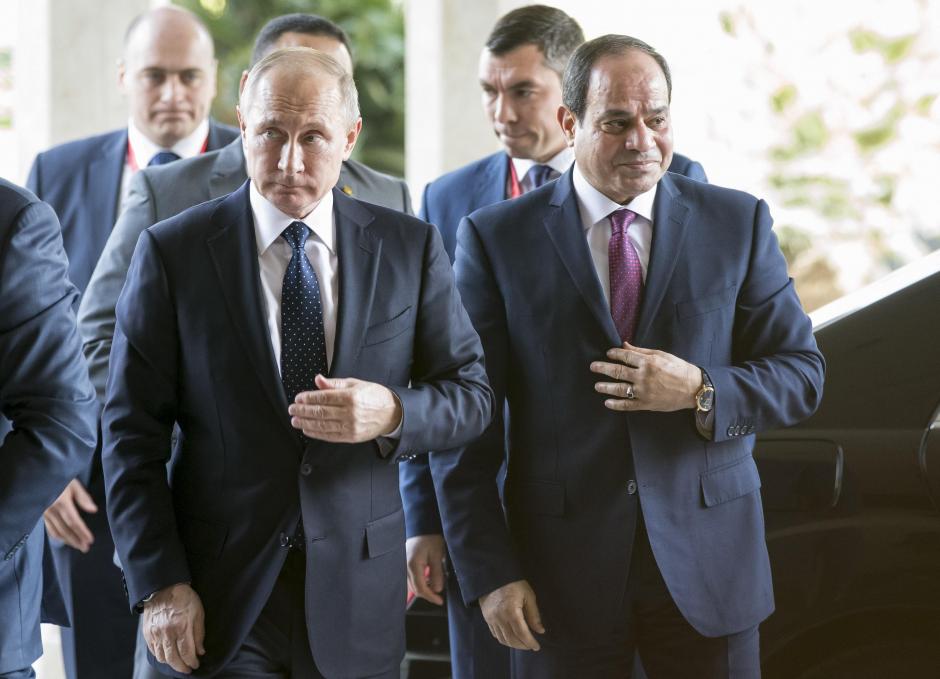 After two years of negotiations Egypt and Russia signed an agreement on Wednesday to establish the Russian industrial zone in the Suez Canal area, under the 11th session of the Egyptian-Russian Joint Committee meetings held in Moscow.

Egypt’s Foreign Minister Sameh Shoukry previously announced that Egypt and Russia were on the verge of signing contracts for the Russian Industrial Zone, according to a press release on the Foreign Ministry’s Facebook page earlier in May.

The contracts would be signed during the Egyptian-Russian Economic Summit in Moscow, which runs from May 21 until May 24, the statement said.

Minister of Trade and Industry Tarek Qabil, who signed the agreement on part of the Egyptian government, said in a statement that the agreement extends for 50 years and is automatically renewed every five consecutive years, if approved by both sides.

The agreement represents a paradigm shift in the strategic relations between Egypt and Russia, as it opens cooperation in the field of industry and promotes further investment opportunities. It will also ensure the creation of favorable conditions for the establishment and development of industrial, scientific and technical cooperation between investment entities in both countries, Qabil said.

He also said that the Russian industrial zone will be built on 5.25 million square meters. Establishing the first phase will cost $190 million, and is planned to attract a $7 billion investment according to Qabil.

He added that the two parties would abide, under this agreement, by manufacturing competitive products that meet the domestic market and overseas market demand for high-quality technological products, which will make Egypt the central point for the launch of Russian products in all world markets, particularly the Middle East and Africa.

Qabil continued by explaining that the two parties would strengthen the potential for joint industrial cooperation in the markets of other countries, creating new job opportunities in the Russian industrial zone, as well as the development and implementation of specialized training programs in various industrial sectors.

He noted that under this new agreement the General Authority of the Suez Canal Economic Zone would facilitate the establishment of the industrial zone, and provide the infrastructure.

Russian Minister of Trade and Industry Denis Manturov, who signed the agreement on part of his government, said that his ministry would prepare a draft industrial zone plan, including the most effective processing of industrial infrastructure alternatives. The Russian side will attract projects for the industrial zone, regulate the manufacturing of industrial products and regulate the use of advanced Russian technologies, materials and equipment, Manturov added.

In April, the two countries announced they were planning to sign an intergovernmental agreement by the end of May to set up an industrial zone East of the Port Said region and in the Suez Canal Economic Zone.

This complements an already signed memorandum of understanding between Egypt and Russia, ratified in February 2016, which stated the creation of a Russian industrial zone close to the Suez Canal, thereby offering a favorable treatment to Russian companies in Egypt.

The two sides have further agreed that the Egyptian and Russian governments will co-supervise the project, which is funded by the Russian Direct Investment Fund and a number of Egyptian banks.

The Egyptian and Russian parties have agreed to establish a company under the name of the Moscow Economic Zone to be responsible for the zone’s operations and construction works.

The industrial zone will include many industries such as manufacturing air conditioners, motors, construction equipment, glass, ceramics, electronics, medical supplies and plastic.

Fourth round of Egyptian-Russian consultations kicks off on Monday

Egypt, Russia to sign industrial zone agreement in May