The song is written and composed by Hosni, distributed by Tomah, produced by the Ideology company for artistic and media production, and directed by Hossam al-Husseiny with photography director Ahmed Bashary.

Hosni as well as Wehbe launched a hashtag for the song on Monday morning along with the poster of the song.

Hosni commented: “If I were a geometric shape, I would be tempted to deviate,” while Wehbe wrote: “If I had a closed eye, I would still see.”

The hashtag went trending on Twitter, becoming #3 in Egypt and #1 in Lebanon. 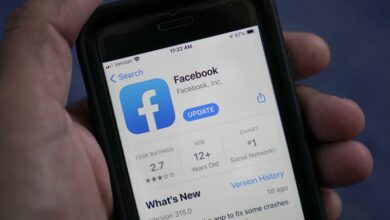