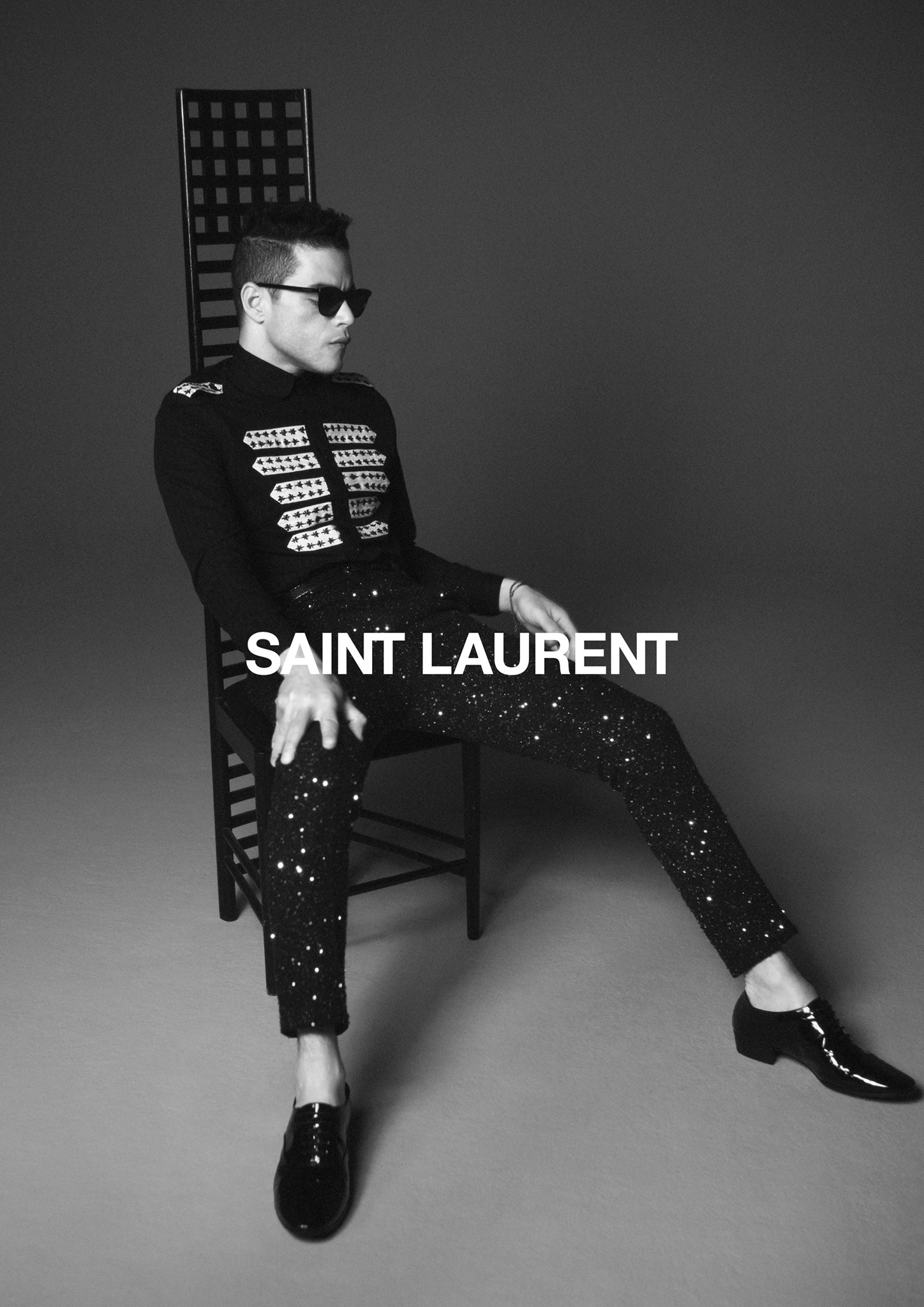 Award winning Egyptian-American actor Rami Malek has been announced as the latest face of the French fashion brand Yves Saint Lauren, appearing in a newly released a black and white photoshoot boasting several bold looks all in black and white.

Featured in the 2020 spring/summer collection by Anthony Vaccarello, Malek rocked pieces including sequined trousers and jackets.

Malek was recently nominated a Golden Globe award for “Best Performance by an Actor in a Television Series — Drama” for his leading role in the USA Network show “Mr. Robot.”

The Egyptian-American star previously won the Oscar for Best Actor at the 91st Academy Awards for his acclaimed portrayal of Freddie Mercury, the legendary front man of the British rock band Queen, in the biopic film “Bohemian Rhapsody” (2018).

He also took the BAFTA Award for Best Actor in a Leading Role for his role in “Bohemian Rhapsody,” as well as the Screen Actors Guild Award for Outstanding Performance by a Male Actor in a leading role.

The Egyptian-American actor first came to major attention for his role in “Mr. Robot,” which was created and produced by Egyptian Sam Esmail, who serves as head writer for the show. Malek stars as Elliot, a brilliant cyber-security engineer and computer hacker who suffers from an anxiety disorder.

“Mr. Robot” was a life-changing experience Malek considers a turning point in his career. He described the opportunity to take on the leading role in a popular television series as the experience that put him on the map.

Malek’s next role is a highly-anticipated appearance in the next Jame’s Bond adventure “No Time To Die” (2020). Malek will portray a villain armed with dangerous new technology, with Bond hot on his tail to protect the world from a mysterious new adversary – all in a day’s work for 007.

Video: Glimpses from Rami Malek’s role in James Bond’s “No Time To Die”