Egyptian banks have resorted to drawing on balances from abroad to meeting the growing domestic demand for US currency in the face of a local dollar shortage. This increased demand has negatively impacted the value of the Egyptian pound, leading to an  increased exchange rate of LE6.18 to the dollar, up from LE6.10 less than a month ago.

An Emirati aircraft arriving from Switzerland transported US$30 million to the Cairo International Airport on Thursday evening to be transferred to the Banque du Caire. This brings the total amount of money transfers via the airport up to US$45 million since last Thursday.

The decision to bring in the US$30 million from Switzerland is standard bank practice, said Mounir al-Zahed, chairman of the Banque du Caire.

The Central Bank is no longer able to intervene in the exchange market to stop the fall of the Egyptian pound against the dollar, said Passant Fahmy, former adviser to Al-Baraka Bank. The Central Bank has allocated US$20 billion in cash reserves to keep the pound at a specific level against the dollar, but Fahmy says that decision has contributed to an increase in the smuggling of funds abroad.

Fahmy said the Central Bank should have immediately reduced the value of the pound after the revolution. Instead, the policies the bank adopted led to the steep decrease in Egypt’s cash reserves, she said. 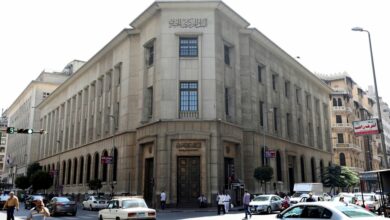