The protesters, who also complained about chaotic flights, smashed the glass window of the airline's office at the airport. 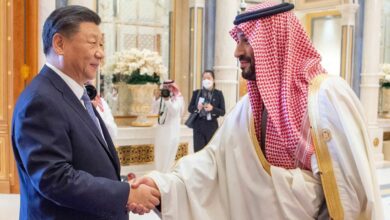 Saudi Arabia and China will align on everything from security to oil, but agree not to interfere on domestic issues All restrictions lifted to regulate entry of pilgrims from Egypt: Saudi minister