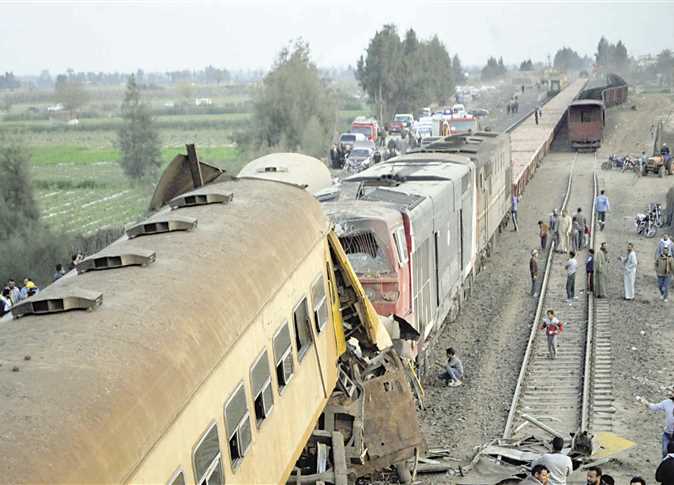 Minister of Transport Hesham Arafat took responsibility for the Beheira train collision which killed 15 people on Wednesday, admitting that “the railway system has not been developed in 60 years.”

Parliamentarians criticized Arafat on Sunday, as well as the Egypt National Railways Authority, after yet another fatal Egyptian railway accident.

During the parliament’s general session, Speaker of the House of Representatives Ali Abdelaal blasted the railway system as “out of date,” saying it needs huge investments to modernize it.

Abdelaal added that the state “must participate with the private sector like Arab and foreign countries did. If the state budget was totally used to reform the railway authority, it will not be enough [to modernize it].

Meanwhile, Arafat took responsibility saying “I confirm to you I am responsible.” He noted that the ministry has prepared a plan to improve the country’s trains, but admitted that progress has been slow.

“We have 900 train vehicles under development, but they have not been completed. Only their metal iron and tiles were changed.”

“There is also a maintenance problem,” he said, “we have engine transport vehicles which have been moving on the railroads since 1970, although they were meant to work only for 12 years.”

Arafat spoke of issues facing the entire railway transport system, expanding beyond the trains themselves. “The problem is not only limited to locomotives and vehicles, signals are also a major problem.”

“98 percent of accidents [were caused by] electric signal [failures] over the past 30 years,” he said.

Arafat affirmed that the railway authority is implementing LE55 billion into projects which will be complete in 2022, to improve the current locomotives.

Another 100 locomotives which were provided to Egypt in 2008 are being repaired.

Driver of Beheira train, 2 other detained after deadly accident